Mumbai: Shiv Sena MLA from Andheri East in Maharashtra, Ramesh Takde, has died of a heart attack. According to the news, he had gone to meet his friend in Dubai. On Wednesday night, he suddenly suffered a heart attack and died. Ramesh Dangle was 52 years old.

It is being said that when he had a heart attack, his family had gone shopping. Efforts are being made to bring his body from Dubai to Mumbai. Ramesh Hangede was elected to the Maharashtra Assembly from Andheri East for the first time in 2014 by defeating Suresh Shetty of Congress. In 2019, he defeated independent candidate M Patel. Apart from this, he has also been a councillor in the BMC several times.

After his death, there has been a wave of grief in the Shiv Sena. His supporters have also been deeply shocked. The MLA had been in Dubai with his family for a few days. Due to this, the news of his death came on Wednesday. Sometime before the heart attack, the Youth Congress leader, who was running the stage at Rajasthan CM Ashok Gehlot's programme, had died, shortly before CM Ashok Gehlot reached the function while speaking on the mic, Youth Congress leader Mohabbat Singh suddenly suffered a heart attack and he fell on the stage. And died.

'Now what would you regret, when the bird ate the farm...', Kamal Nath targeted the CM on the decision of OBC reservation.

CM Yogi's order - UP government's training centers, which were closed for 30 years, should be started again

Then CM Yogi will go to Uttarakhand, this time not to meet mother, but on the instructions of BJP. 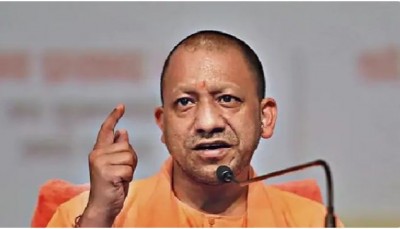