Israel fired artillery and mounted extensive airstrikes on Friday against a network of Palestinian militant tunnels under Gaza, amid persistent rocket attacks on Israeli towns.

Israel often targets the tunnels, which it says are used by Hamas to allow militants to access Israeli territory for attacks.

The Israeli Army said on Friday that it sent 160 aircraft into the violence-hit Gaza Strip to destroy a network of tunnels operated by Hamas, the Islamist party that controls enclave, as confusion and chaos continued between the two sides. Army spokesperson Jonathan Conricus said about 40 tanks participated in the 40-minute mission, reports dpa news agency.

Conricus said the tunnel system, named Metro, operated as a sort of "city under the city". The extent of the damage to the system was unclear. The tunnel network is vital in the Gaza Strip for shifting goods and people in and out.

The two sides have entered another phase of aggression after growing tensions about access to holy sites in Jerusalem and efforts that possibly forced some Palestinian residents from their homes in East Jerusalem. Militants in the Gaza Strip have attacked Israel predominantly with rockets.

About 1,800 have been fired at Israeli territory since Monday, and some 430 of them went down inside the strip. 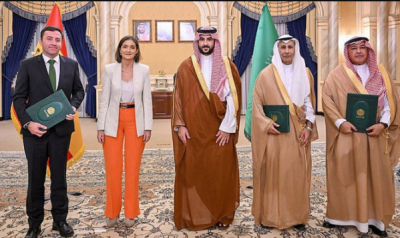