Return To My Country As Didn't Want To Be A Victim: Sofia Hayat on Nepotism 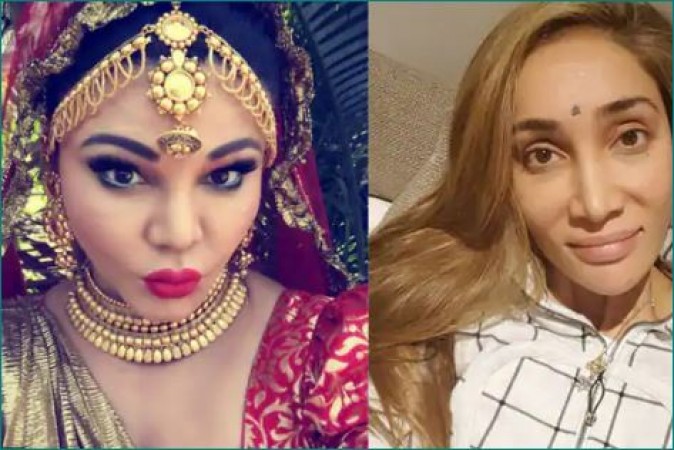 Arter the death of Sushant Singh Rajput in Bollywood, talks about nepotism have started. It is constantly being debated. Now in the meantime, many celebs are also sharing their experiences about nepotism. Recently, Sofia Hayat, who was part of Bigg Boss 7 and films, has also talked about nepotism. Indeed, Sophia recently also explained why she left India and returned to her country. Actually, Sophia claimed that nepotism has been in the industry for a long time and as a foreigner in the film industry, she has faced trouble. Recently, Sophia said in a conversation with a website- 'I had stepped into Bollywood with many big dreams.'

She said, Many big makers invited me to work. I was also cast as a second lead in the film Diary of a Butterfly. With this, she said, 'I was getting people's love. But soon many big filmmakers and actors tried to take a chance on me. They wanted a physical compromise. I never let them touch me. I did not go to meet anyone after working hours. While I was constantly invited. Actually, Sophia also said, 'When they came to know that it would not listen to us, then my work started being given to other girls. My scenes were cut from the film. Many films went on hold. But even then I tried my best to make a place in the industry. I was fed up with people. They would try to sell or buy me every time. After that I decided to return to my country. I did not want to be a victim of nepotism.

Apart from this, referring to Bigg Boss, she said- 'I got an entry in Bigg Boss Contestant Bigg Boss. This show was a big platform. But it seemed that this show was a plan to damage my image. My image was shown as if I had a mental issue. He said, 'My part in Bigg Boss was edited in such a way that people could never see my real side. Armaan attacked me. But I was asked to leave the show. While he remained on the show. I got two lawyers. But Armaan's family bribed my lawyer. This was the moment when I decided to leave India and return home. However Armaan got the reslut of his deeds. He further said that he is unsuccessful even today. Nobody wants to work with the person of such dirty energy. Life is a gift that I respect.

Urvashi Rautela will represent Asia in this film