Speaking to the media, SP MP from Moradabad ST Hasan has said, "Why can't Akhilesh Yadav be the PM candidate? Is this a very premature question you are asking? His face and personality are perfect for a PM candidate. Not only that contender, but he can also be a successful Prime Minister.'' After coming together with JDU-RJD in Bihar, Akhilesh Yadav also welcomed it and said that all parties will fight the coming elections unitedly. When he was asked about Nitish Kumar being the PM candidate during an interview, he said that the country will get a PM candidate, but I cannot say who will be.

At the same time, on opposition unity, former Union Minister Ravi Shankar Prasad said in an interview, 'There is a lot of conflict of ego in the opposition camp. There is Rahul Gandhi, there is Arvind Kejriwal, There is also MK Stalin's hidden ambition and so is Mamata Banerjee and KCR. Many of these parties contest against each other in states. They are a box of contradictions. From Deve Gowda's days to Mulayam-Lalu's battle to the Lalu-Nitish war, the Janata Dal has had many contradictions in its various avatars.' 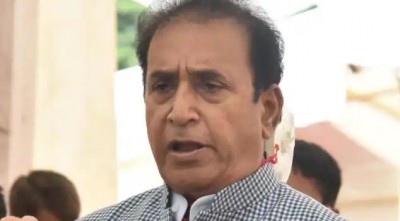