New Delhi: On 14 and 25 February, Prabhat Khabar, Sanmarg and many other newspapers featured a poster of the Pradhan Mantri Awas Yojana in Kolkata and adjoining edition. In this ad, a picture of a woman was also published along with a smiling picture of PM Modi. In the advertisement with the slogan of 'Self-reliant India, Self-reliant Bengal' it is written that, 'I got my house in the Pradhan Mantri Awas Yojana.' Due to the roof over the head, about 24 lakh families became self-sufficient. Come together and together make the dream of self-reliant India come true. 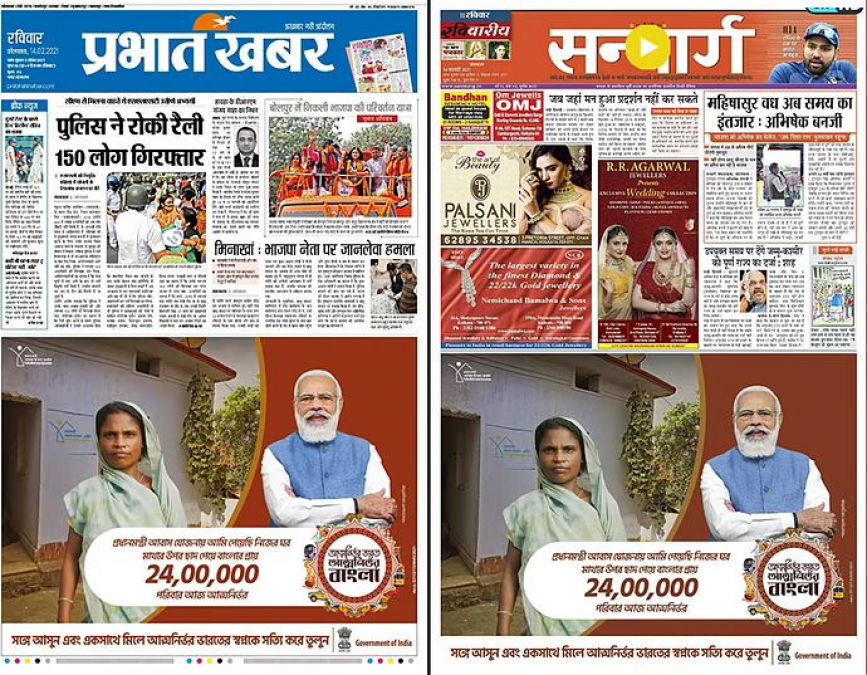 The woman whose picture has been printed in the advertisement printed in the half of the first page of newspapers is named Laxmi Devi. According to the report of NEWSLAUNDRY, Lakshmi Devi got her information after the advertisement was published. Laxmi, 48, has been surprised ever since she saw her picture in the newspaper. He does not even know when and who took this picture of him. One day she kept going around the offices of entire newspapers and kept asking why did you print my picture. Lakshmi feels that this picture has been printed by the newspapers, while this advertisement has been given by the Government of India. In the advertisement, Laxmi's photo reads, 'I found my house under the Prime Minister's House Plan', but the reality is that Laxmi Devi does not even have her own house. Lakshmi lives in a khulbadi with a rent of 500 rupees along with five people of her family.

According to the report of NEWSLAUNDRY, Lakshmi Devi, a native of the Chhapra district of Bihar, came to Kolkata with her family as a child. For the past 40 years, she has lived in the Malaga Line area of ​​the Bahubazar police station in Kolkata. He was married to Chandradev Prasad of Bihar, who died in the year 2009. Lakshmi Devi said, "They do not own land in the village nor do they own land in Bengal. After the death of her husband, the responsibility of the entire house came over me. Has three sons and three daughters. I have married everyone Two sons live with me. They work as courier. They earn 200 to 300 rupees every day.'' 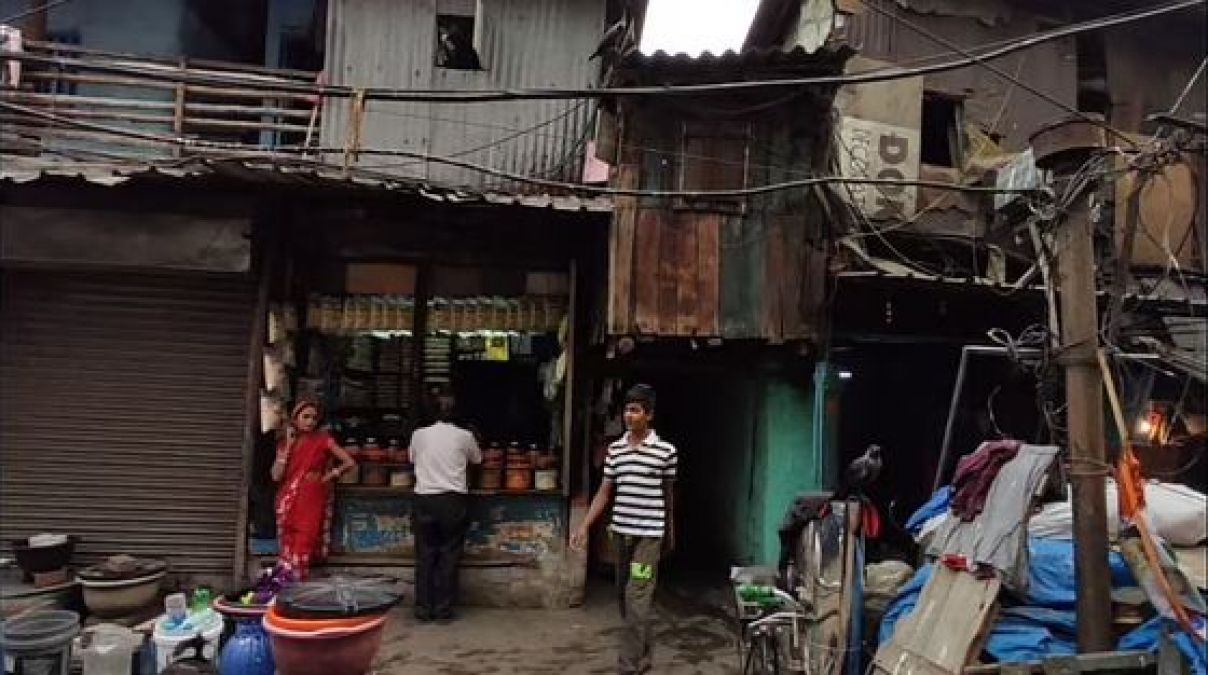 Lakshmi starts crying while narrating her incident. She says that "My husband used to work in Bengal Bus Service." After her death, I kept running for 10 years, but I did not get work. After that, there started cleaning work here and there. Right now I do the work of sweeping in a park, where I get 500 rupees per month. I also get a pension of two thousand rupees after my husband's death. "Do you have your own house? In response to this question, Lakshmi says, "Where do I have a home? The whole life passed while living on the pavement. I live in a 500-rupee freight hut. In which my two sons, a daughter-in-law, and their two children live. We sleep up and down in the same house.''