New Delhi: The Supreme Court on Monday (January 3, 2022) has left it to the Central government to bring back Sonia Sebastian alias Ayesha, the bride of terror outfit ISIS, to India. According to media reports, the apex court while disposing of the case said that the Central government should consider and make a decision in this regard within 8 weeks. Ayesha had left India and moved to Afghanistan to join the terror group ISIS. She is currently lodged in an Afghan jail.

The Supreme Court has asked the Central government to consider a petition filed by Ayesha's father V J Sebastian Francis, who approached the Supreme Court last year to bring his daughter and 7-year-old granddaughter, Sara, back to India. A bench of apex court judges L Nageshwar Rao and Justice BR Gavai said, "If VJ Sebastian is not satisfied with the central government's decision, he has the right to move the High Court under Article 226. Hearing the petition, Justice Nageshwar Rao said, "We cannot direct the government to take a decision on your request as these are not cases in which we can give a verdict. In these cases, the decision of the Government will be paramount. Appearing for the petitioner, advocate Ranjit Marar said Sebastian had filed a petition in July 2021 before the terror group Taliban took over Afghanistan. On August 15, the Taliban captured Afghanistan after a long conflict.

Ayesha has been in prison in Afghanistan since 2019. Four women from Kerala, including Ayesha, who had converted to Islam, had gone to Afghanistan with her husbands to join the Islamic State (ISIS). She surrendered after her husband died in separate attacks. Sonia alias Ayesha's father V J Sebastian Francis' petition said Ayesha was regretting what she had done. It is also interesting to note that all these women had reached Afghanistan between 2016 and 2018 to become terrorists from Kerala. What Ayesha's father has done till then and now that Taliban rule has been established in Afghanistan and Ayesha is in captivity, he is pleading with the government to bring back his daughter in 2021.

'Semi lockdown' imposed in this state till January 15, know which things will be banned? 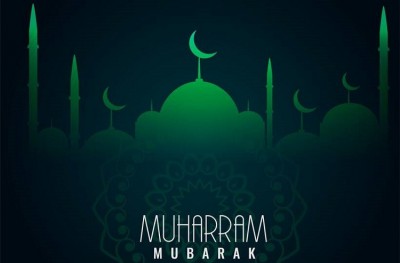