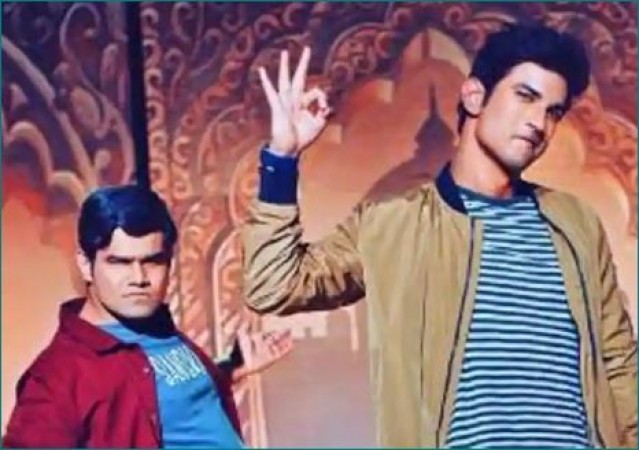 It has been a long time since the death of Sushant Singh Rajput but the investigation is going on in this case. Day by day new circumstances are opening up in this matter. Sushant's last film was Dil Becara. Now Sahil Vaid, who has recently worked in this film, has shared many things about him in an interview. He said in a conversation with a website, 'I don't know what happened to Sushant but I know he was not weak. He was not one of those to bear silently. Unfortunately, Drive became a bad film and he was caught working in this film. It was difficult for Karan Johar to take the film to the theater. It is a lie that the film was deliberately released on OTT. The drive was released on Netflix in 2019 and it faced criticism.

Further, Sahil also said, 'When I heard the news of Sushant's suicide, I thought what nonsense. I never felt that he is such a person who takes his own life. He was happy on the set and used to laugh at all the people around. Even I felt depressed in front of him because he was of Jolly nature. It is difficult to understand what is going on inside a person, but I did not notice any such thing inside Sushant.'

On the debate of nepotism, he said, 'Nepotism in the early stages of career stagnates but once you become a big name then no one can stop you.' He also talked about his bonding with Karan Johar. He said, 'After the death of Sushant, now Karan Johar is not even responding to my message. After the death of Sushant, I am also very scared and want someone to hold my hand. Hopefully, everything will be fine in the industry.'

I hope Sushant Singh's family will get justice as case is transferred to CBI: Koena Mitra

Rhea Chakraborty returns to her apartment, ED will interrogate soon