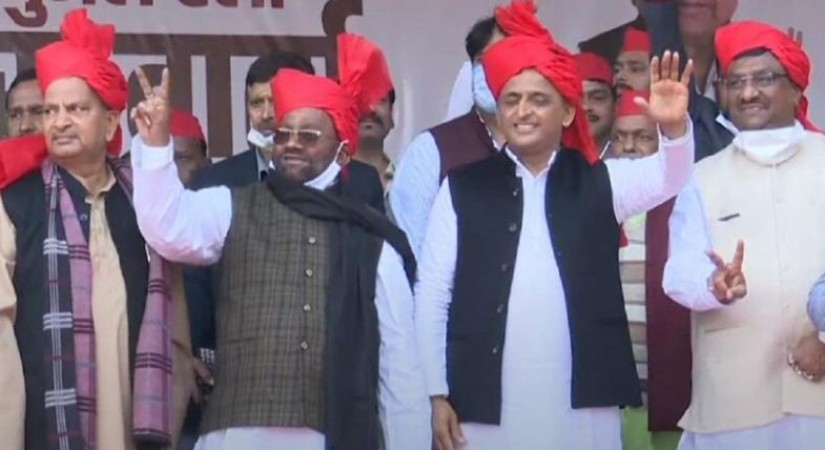 Lucknow: As the dates for assembly elections in five states approach, political activities are gaining momentum. Swami Prasad Maurya, who resigned from the Yogi cabinet in the past, has joined the Samajwadi Party (SP) today. Along with him, Dharam Singh Saini and 6 MLAs have also boarded the SP's bicycle.

A statement by Swami Prasad Maurya has also surfaced ahead of the press conference. Maurya has said that the Bharatiya Janata Party (BJP) has misled the people of the country and the state. He has been exploited. Now Uttar Pradesh has to be freed from BJP exploitation by eliminating the BJP government. Dharam Singh Saini said that in the last 5 years, the backward, Dalits have been completely exploited in the field of political, economic, employment and reservation. In view of this, we backwards, Dalit people are going to join the Samajwadi Party (SP) on the occasion of Makar Sankranti. Earlier, Swami Maurya had called the BJP a snake and himself a mongoose.

Sanghamitra Maurya, daughter of Swami Prasad Maurya, is still a Lok Sabha MP from the Bharatiya Janata Party (BJP). Sanghamitra Badaun was elected from the parliamentary seat. On the other hand, political experts say that the BJP has already made it clear that many MLAs and ministers tickets are going to be cut in this election, so now some leaders are going to other parties in the hope of a ticket and this has been happening in the election atmosphere.