The violence in Uttar Pradesh's Lakhimpur Kheri shook the people in India with it's really brutal and inhuman action. The entrepreneur and social activist, Syed Ali Asgar Razvi on Thursday expressed his distress upon this sudden attack on the innocent protestors against the farm bill.

"This was an unexpected and cruel act towards the humans who were merely fighting for their rights for the last several months. Let alone, the government avoiding their queries and pleas, but if the ones who are supposed to protect the needs of the citizens themselves are unleashing violence on poor farmers, what guarantee do we have on trusting our ministers and people of power?", asks Syed Ali questioning the lack of humanity from the government's side.

He is hugely disappointed and let down  by the fact that the prime minister of India has still not chosen to react or comment on such an issue, besides several people loosing their lives for no reason. "Our country is supposed to be safe and our fundamental rights are to be protected at all costs. How can someone turn a blind eye towards such a crucial issue? It's heartbreaking to watch widowed mothers crying over their husband, who lost their lives. Justice need to be served to the right people and as soon as possible", says Syed Ali expressing his concern for the delay in arrests.

He adds, "Innocent civilians are being killed off in India every other day. Most of these cases stops in the middle of nowhere, as soon as it loses it's media attention. As long as we keep being silent about it, nothing is gonna change the way it's being done. The people who lost lives in the Lakhimpur Kheri issue should be given justice. The law is the same for everyone. Be it, a person with power or the ordinary citizens. I condemn this attack. This has affected me on a deep emotional level as a human being and equalist."

The Lakhimpur Kheri violence happened on 4th October, when a car from convoy belonging to Union minister Ajay Mishra Teni's son Ashish ran over the protesters in Tikonia area who were coming back after holding a demonstration against Centre's three farm laws. The Supreme Court has asked the Uttar Pradesh government to file a status report regarding the accused in the Lakhimpur violence case and Ashish, the minister's son has been asked to appear before the police at 10 am on Friday, after days of protest from the farmer's against the government.

Malayalam movie “Home” to be remade in Hindi 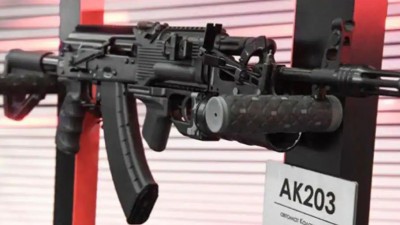