Telangana - Hyderabad: Telangana Chief Minister K Chandrashekhar Rao (KCR) stated that the state's achievement of first place in the major states category of the Swachh Bharat Grameen rankings is "a reflection of the state government's performance" and "transparent governance." The National Jal Jeevan Mission of the Ministry of Jal Shakthi released the rankings.

He noted that Telangana, which is attaining sustainable growth and serves as a national role model, had once again secured the top spot in the Swachh Bharat Survekshan. The state administration will move forward with the goal of creating a "Green Telangana" by achieving Palle Pragati (rural progress) through "joint efforts," the chief minister said.
According to an official statement, Chief Minister KCR "expressed his satisfaction on Telangana winning 13 prizes under Grameen Swatch Bharat Mission in various categories and stood first in the country."

KCR commended senior officers, staff, sarpanches, and other officials who carried out the "Palle Pragathi" initiative, as well as the minister for rural development and panchayat raj.

"Telangana, which is advancing with unrelenting progress, contributes qualitatively to the development of the nation. Telangana should be proud of every child in it. We'll keep up this custom, "said KCR.

Telangana's new Secretariat will be named after Ambedkar 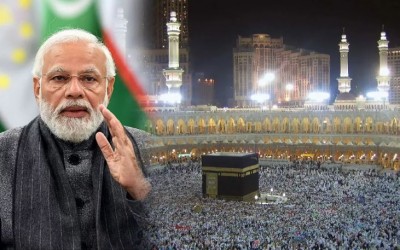