PM Narendra Modi will dedicate the redeveloped Samadhi of Adi Shankaracharya to the country on November 5 when he visits Shri Kedarnath Dham for darshans. It Samadhi measure 12 feet tall and weigh 35 tonnes.

Adi Shankara's 12 foot statue was sculpted in Mysuru and will be carried to Kedarnath by a Chinook helicopter. On June 25, it will arrive at the Chamoli district's Gauchar region. Let me tell you about Adi Shankaracharya, a Kerala-born Indian mystic and philosopher who established the doctrine of Advaita Vedanta and contributed significantly to the unification of Hinduism by founding four mathas (monastic institutions) across India in the eighth century.
“This is a time of tremendous honour for all of us as we welcome the life-size statue of Guru Adi Shankaracharya in our state,” Tirath Singh Rawat remarked, thanking Prime Minister Narendra Modi. Mysore's sculptors have done an outstanding job, completing this magnificent statue in record time."

The Uttarakhand Himalayas are significant in Adi Shankaracharya's life since he is said to have taken samadhi at Kedarnath. He established one of the four mathas at Joshimath, as well as the idol at Badrinath, both in Uttarakhand. Arjun Yogiraj, a sculptor from Mysore, created the 12-foot-tall, 35-tonne statue. He is a fifth-generation sculptor, having inherited his father's talents. The PMO chose him to create the monument last year, and he began work on it in September 2020.

Officials say the monument is composed of Chlorite Schist Stone, which can endure rain, sunlight, and extreme weather. The Uttarakhand high court ordered the state government to finish the repair of Adi Shankaracharya's samadhi near Kedarnath Temple within a year in January of this year. In the June 2013 Kedarnath tragedy, the samadhi was destroyed. 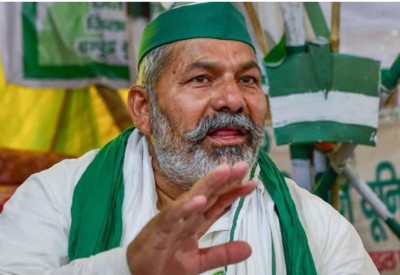