Due to Corona infection in London, UK, a person found such a way to find a job that he is being discussed a lot on social media. After continuous interviews, when the person did not get a job, the man put up a pop-up stand of his resume at the railway station. Within hours of doing so, he got a job offer.

According to reports, 24-year-old Haider Malik from London is originally from Pakistan. Even after getting the first division in banking and finance from Middlesex University, he was not getting a job. Even after giving the interview, there was frustration. He recently gave pop-up stand aid at London's railway station. He shared the details of his CV on a signboard. He also shared the QR code of his LinkedIn and CV.

"The idea was given to me by my father," says Haider, who is currently driving a cab. At first, I was afraid, because I was standing empty-handed. I had a copy of the CV in my bag. I took him out and started wishing the people who left him only with a laugh and a good morning wish. Meanwhile, some people passed me with a smile. Some gave their cards. Someone took a picture of me and put it on social media. After the photo went viral, Haider Malik started getting job calls. "I received a message from the director of a department," he says. It said: "Come for an interview at 10:30 p.m. The address was also written. I got there. After the second phase of the interview, I got a job.’ 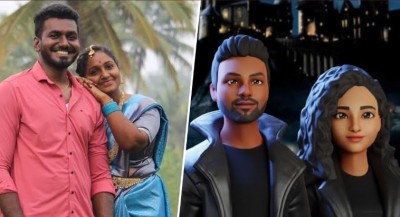