Palghar: A heart-wrenching incident has come to light from Maharashtra. Actually, a Garba ceremony was organized in Virar, Palghar. During this Manish Narpaji Sonigra had fallen while doing the dance. He was rushed to the hospital. Where doctors declared Manish dead. When Manish's father heard this news, he too died.

A Virar police officer said that Manish Narpaji Sonigra had fallen on the intervening night of Saturday and Sunday while dancing at a Garba function in Virar's Global City premises. His father Narapji Sonigra (66) took him to the hospital in a hurry. Where the doctors declared him brought dead. According to the police, when the father got the news of the son's death, Narpaji Sonigra also fell and died on the spot.

According to the news, the police officer said that the bodies of father and son have been sent for post-mortem and a case of accidental death has been registered. A 21-year-old man, Virendra Singh, died of a heart attack while playing Garba in Gujarat's Anand district. This incident happened in the Shiv Shakti Society of Tarapur, Anand. On the occasion of Navratri in Shiv Shakti Society, Garba is organized in the society for 9 days. On September 30, 21-year-old Virendra Singh Rajput was playing Garba. Because of this, his friends were making videos. Then suddenly Virendra fell. The people of the society took him to the hospital in a hurry. But +Virendra died on the way. The doctor said that the young man died of a heart attack.

Indian Navy's 1st ASWSWC to be launched on Dec 16 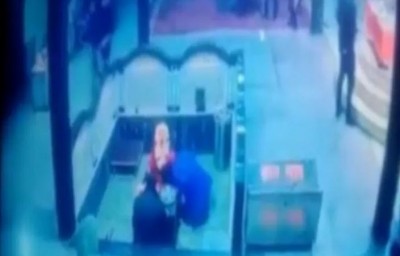