INDIANAPOLIS: The Indiana attorney general on Wednesday filed a lawsuit against Chinese-owned social media app TikTok, claiming it deceived its users—especially young children—about the amount of objectionable content and the security of user data. gives.

While the social video app claims to be safe for users 13 years and older, Republican Attorney General Todd Rokita alleges in a complaint filed Wednesday that the app could be "derogatory and offensive" to "young users" for an unlimited amount of time. Inappropriate content is "available," day in and day out in an attempt to extort billions of dollars from American consumers.

In a separate complaint, Rokita claims that although the app has access to users' sensitive and private information, it misleads users into thinking that the information is secure.

Rokita said in a press release Wednesday that "at the very least, the company tells consumers the truth about the age-appropriateness of its content and the insecurity of the data it collects on users."

ByteDance, a Chinese business that moved its headquarters to Singapore in 2020, owns TikTok. Republicans have targeted the app because they believe the Chinese government has access to user information such as browsing history and location. The app is not permitted by the US Armed Forces to be used on military equipment.

According to a statement from the company, TikTok's "top priority" is the "safety, privacy and security of our community".

"We continue to invest in innovative ways to enjoy content based on age-appropriateness or family comfort. We build the wellbeing of youth into our policies, limiting features by age," the statement said. do, empower parents with the tools and resources and continue to invest." in new ways to enjoy content." "We are also confident that we are on the right track in our conversations with the US government to ensure that all eligible U.S.

national security concerns, and we have already made significant progress toward putting those solutions into practice," the statement continued.

The app gained huge traction for its almost compulsive scrolling of videos, but a report in October 2020 by the non-profit Global Witness and Cybersecurity for Democracy Team at New York University found that it also had trouble identifying ads that which clearly misrepresents the results. American election.

Most recently, to address the cybersecurity risks posed by the platforms, Maryland Governor Larry Hogan on Tuesday banned the use of TikTok and some China- and Russian-based platforms in the state's executive branch of government. 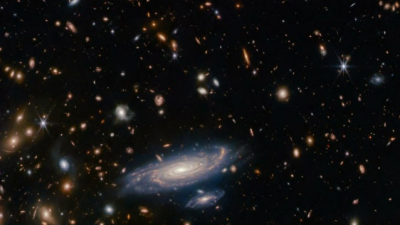