The Lakhimpur Kheri incident has been the talk of the town these days. People across the country are angry and angry over this. So far many people have reacted to it and now actress Twinkle Khanna has joined the same list. He has compared the Lakhimpur Kheri scandal to the South Korean web series 'Squid Game' (Squid Game) through his post. You can see him sharing some pictures from his blog on Instagram and writing: "As far as I can see, in Hindustan, we are playing our own different version of squid game. I am not recalling the events where a sudden one of the crowd gets up and throws himself at a famous chief minister like Baba Ramdev or the Chief Minister of Delhi.''

You can see Twinkle comparing two contestants from the final game of the show to the Lakhimpur Kheri case in a blog titled 'Let the Desi Squid Game Begin'. In which a speeding SUV crushed three protesting farmers. Twinkle wrote, "The final game in the show is played between the attacker and the defender (defender) on a field that has to cross a particular area. It is a battle that ends with violent death. Recently, the entire country has seen what happened in Lakhimpur through a series of viral video clips. It is a more modern weapon, where one team of people was allegedly run over by a convoy of jeeps and SUVs by another team. '

Let us also tell you all, squid game is the most popular web series on OTT these days. In fact, the series has been viewed more than 111 million times on NetPhilics and has also set a record for the most-watched web show in the OTT platform. 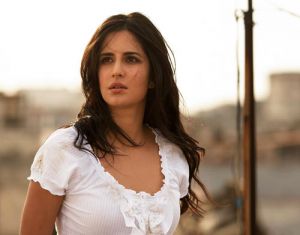