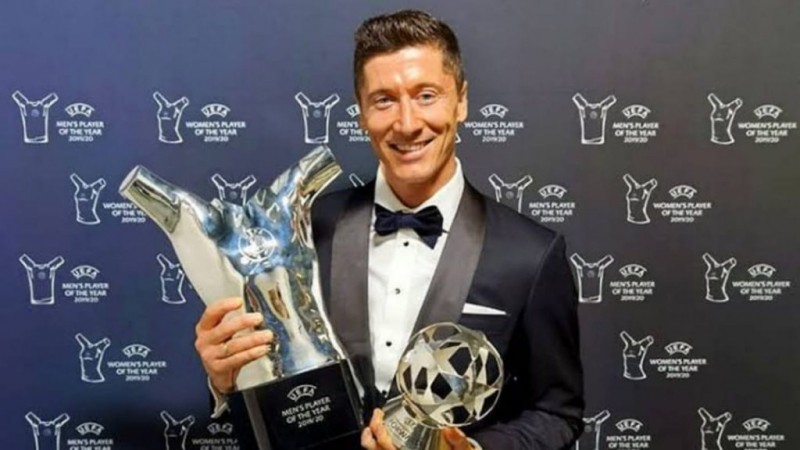 Union of European Football Associations (UEFA) awards have been given this week. Robert Lewandowski, forward of Bayern Munich who has scored 15 goals and made six assists in 10 Champions League games in which Bayern Munich was crowned European Champions has been named as UEFA Men’s player of the year 2019-2020. Another nominee for this category includes his Team-mate Manuel Neuer and Manchester City midfielder Kevin De Bruyne. The coach of the year award goes to Bayern Munich coach Hansi Flick after leading his side to a sixth European title.

In a total of 47 games in the last season of Champions League, Bundesliga and German Cup Lewandowski has scored 55 goals. Across all competitions in 2019-20, he has scored 16 goals more than any other player in Europe’s top five leagues. The women’s player of the year award goes to Chelsea forward Pernille Harder. Manuel Neuer, goalkeeper of Bayern Munich bags top goalkeeper award.

The highlights of the award:​