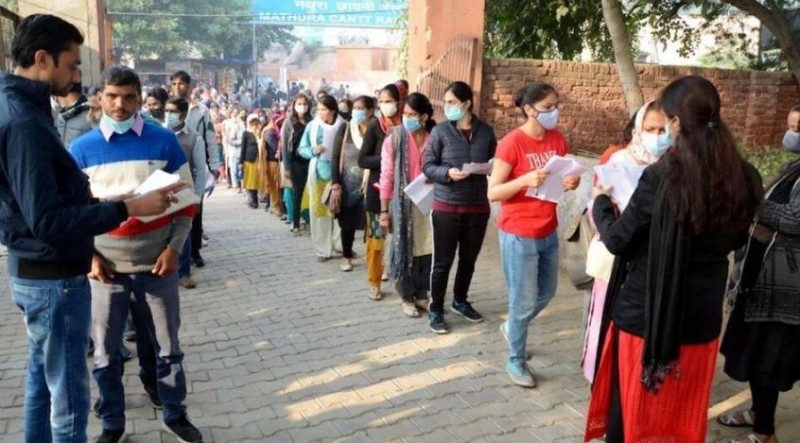 Lucknow: Another major mistake has been revealed in the paper leak, according to UPTET. According to sources, Sanjay Upadhyay, the Secretary of the Examination Regulatory Authority, handed the paper printing contract to a business that did not match the examination requirements without conducting a thorough investigation. Following the deal, the business used four more printing machines to print TET papers. Tell us that the UP TET test was held last Sunday in Uttar Pradesh, i.e. However, the document was leaked. The examination was cancelled in that case. The case is being investigated by the Uttar Pradesh Special Task Force.

About 13 lakh people applied to take the same UPTET exam. According to sources, the document was leaked to a Mathura, Ghaziabad, and Bulandshahr Whatsapp group. Following that, Chief Minister Yogi Adityanath decided that the test be held within a month, with the dates to be published soon. Fees for re-examination will not be required.

The same UPTET paper leak issue is being investigated by the Uttar Pradesh Special Task Force. More than 29 people have been detained so far in connection with the investigation. The arrests were made across the state of Uttar Pradesh. More than 20 individuals are being questioned in detention, although it is still unclear how the state's largest test paper was leaked after the whole exercise. On Sunday at 12:05 p.m., the solver gang got the paper.