Dehradun: The Screening Committee of Congress has decided on a panel of probable candidates by approving all the 70 seats in Uttarakhand. A final decision on the names will be taken at the virtual meeting of the Central Election Committee to be held on Saturday. The party is currently going to announce only 40 names. Sources say that this is being done under the scheme so that no one is inconvenienced by changing the frost after getting the ticket. The party is still waiting for someone to come to some seats.

The same Election Campaign Committee Chairman Harish Rawat is yet to disclose his seat before the screening committee. Rawat has appealed to committee chairman Avinash Pandey and in-charge Devendra Yadav to ask the leadership to take a decision whether to contest or contest the elections themselves. They say this is because Rawat has expressed his intention to contest a new seat. They will have to give more time in the new seat. The screening committee has fixed single names in about 50 seats. However, the names of other prominent contenders for these seats are also being sent along with the CEC.

The Congress leadership has also implemented the formula for one family one seat in Uttarakhand but both the seats of Arya Parivar who returned from BJP are considered confirmed as the current MLA. If Harish Rawat contests, the ticket of son Anand and daughter Anupama will be stuck. There are different sides of the leaders on Kishore Upadhyay as well. So, the decision on him also has to be taken by the leadership. 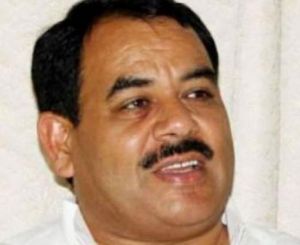