New Delhi: Many former cricketers of Team India are very active on social media and are also very popular among the fans. One of them is former Indian fast bowler Venkatesh Prasad, who is very active on Twitter and his statements also become a topic of discussion. But, Venkatesh Prasad is in the news these days for a picture of himself, in which he is very thin.

Freedom in the mind, Faith in the words, Pride in our Souls.

Salute the nation on this #IndependenceDay pic.twitter.com/M8tmJseAci

Actually, the former fast bowler posted a photo of himself on social media. He posted a picture of himself with tricolour and congratulated the fans on Independence Day. Venkatesh Prasad wrote in his tweet that Freedom in the mind, Faith in the words, and Pride in our Souls. Salute the nation on this Independence Day. In the photo shared by Venkatesh Prasad, he looks very thin and weak. Seeing this picture, fans were very worried and everyone asked him about his health. Fans asked Venkatesh Prasad to take care of his health, as well as the reason for it. 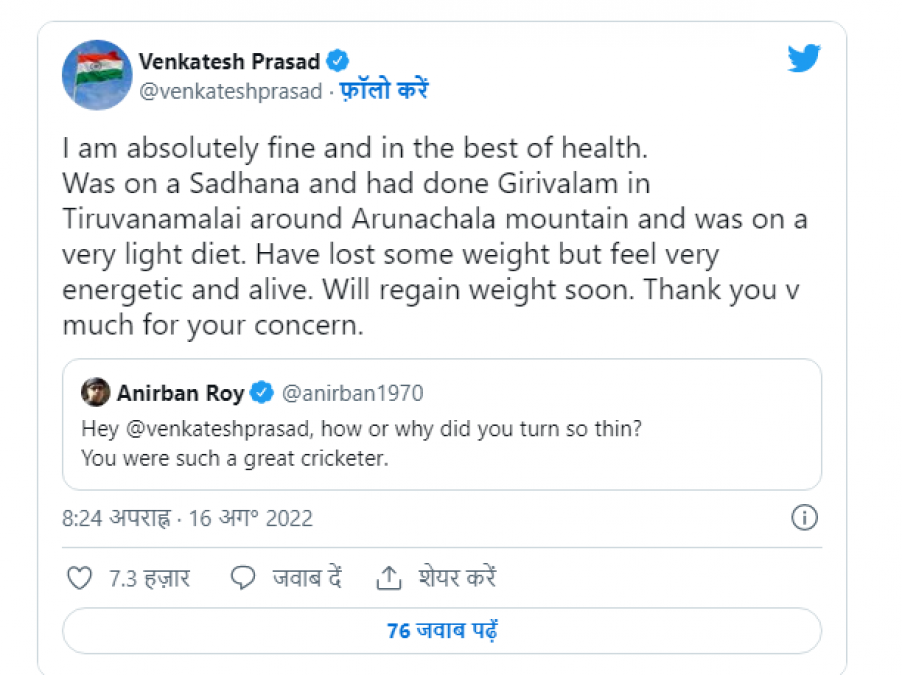 When a user asked the question, the legendary cricketer also replied to him and explained why this happened. Venkatesh Prasad said in his tweet that I am completely fine and my health is also good. But I was on sadhana for a long time and was doing girivalam (parikrama) in Thiruvandamalai. The former bowler said that he circled around Arunachala hill, due to which he was taking a very light diet. For this reason, he has lost a lot of weight, but he is feeling very agile and excellent. I will soon gain the same weight as before. 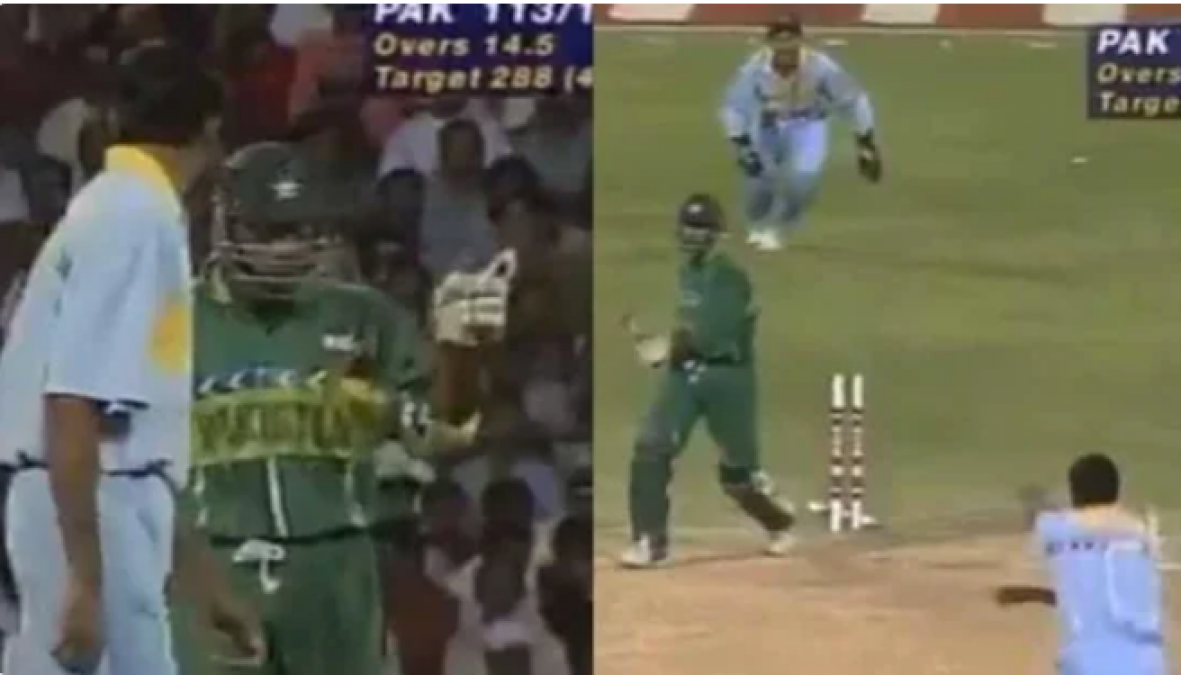 Whenever it comes to Venkatesh Prasad's career, there is definitely talk of his fight with Pakistan's Amir Sohail in the 1996 Cricket World Cup. In that match played in Bengaluru, Amir Sohail first hit Venkatesh Prasad's ball for a four and pointed to the boundary. On the next ball, Venkatesh scattered Amir Sohail's bails and signalled him to go towards the pavilion. Even today, this moment is also recorded in the special moments of the wars on the cricket field between India and Pakistan.