Shehnaaz Gill is one of the most loved actresses in Bollywood. The actress became famous for Bigg Boss.  The actress enjoys a massive fan following. Shehnaaz Gill and singer Guru Randhawa grabbing all the limelight.

Shehnaaz Gill jett off to  Dubai to attend the Filmfare Middle East Achievers Night 2022. She met Guru Randhawa.  The duo shares a great bond as a new video shows them dancing on a yacht. Guru dropped a new video of him dancing with Shehnaaz to his song 'Moon Rise'.  Shehnaaz even blushed while shaking a leg with Guru. She looked extremely beautiful in a green strapless gown. Meanwhile the singer  twinned with her in a green jacket. It shows the two dancing on a yacht with a stunning backdrop of Dubai-- a lake and shimmering lights.  The video of their dance is doing rounds on social media.

Guru Randhawa sharing the video and wrote, "Pa gayian shaman ne with my fav @shehnaazgill. Should we do a video together," Guru captioned the post. As soon as it caught people's eyes, they started commenting on it. Reacting to this, A fan wrote, "Woaaah. So beautiful." Another replied that the two should make a music video together, "Hell yes u both are looking fire video toh banta hai."

On the work front,   Shehnaaz Gill made her debut as an actress in the Punjabi film Sat Shri Akaal England. She later starred in Kala Shah Kala and Daaka in 2019. Shehnaaz Gill is also a good singer. Shehnaaz was last seen in Honsla Rakh alongside Diljit Dosanjh and Sonam Bajwa.  Shehnaaz Gill is all set for her Bollywood debut with Salman Khan, in the movie . She also announced another Bollywood film, titled 100%, in which she will co-star John Abraham, Riteish Deshmukh and Nora Fatehi. 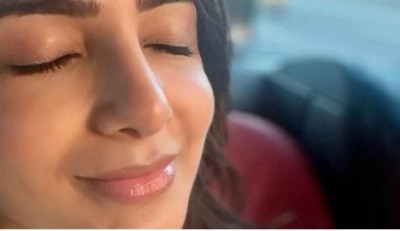