MP: 60 of 61 devotees returned from Kumbh after tested corona positive 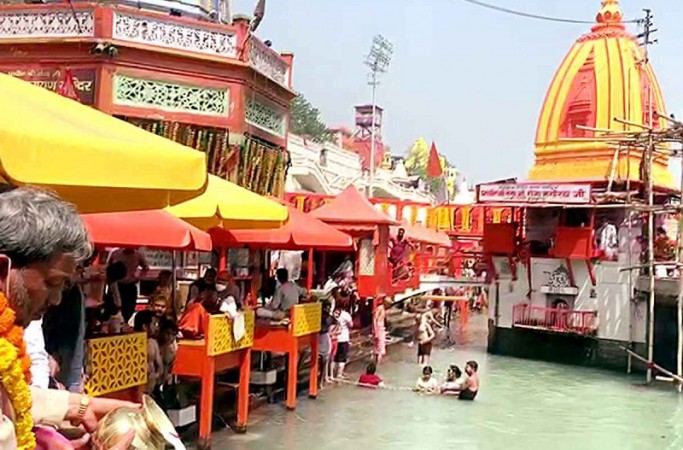 Vidisha: Corona blasts have started appearing from place to place after Haridwar Kumbh. Now, the recent news is from Vidisha in Madhya Pradesh. Out of 83 devotees who returned from Kumbh here, 60 have reported corona positive. The remaining 22 people are yet to be traced. The entire case is from Gyaraspur, 40 kilometres from Vidisha district headquarters. According to G Darsal Vidisha district administration, 83 pilgrims had left for Haridwar between April 11 and 15 in three separate buses.

Talking about the matter, an official said, "They first reached the headquarters car from Gyaraspur, then left the headquarters for Haridwar in the bus. According to health officials, the pilgrims returned to Gyaraspur on April 25. All those who went to Kumbh were then traced and tested". Now the health department says, "Haridwar 83 devotees had gone, out of which only 61 have been reported, 22 are yet to be traced and we are doing everything possible to trace them".

Out of the 61 detected, 60 coronas are infected. At the same time, health department officials say, "Out of 60 positive found, 5 are in critical condition, shifted to covid centre. In addition, the remaining 55 infected have been made home quarantine. We are keeping an eye on those coming from Kumbh as it is feared that if they are not isolated in time, they will become super spreaders". You must be aware that many people became infected with corona during haridwar kumbh itself. In the meantime, many saints and saints had also died.

Tragic accident: 1 killed and others injured in cylinder refilling blast