Vijay broke silence over the news of marriage with Rashmika, tweets truth South actress Rashmika Mandanna, known as 'National Crush', is crazy among the people. Her work in the movie 'Pushpa' has been well-liked. Rashmika has been in the news for the past few days about her relationship with Telugu superstar Vijay Deverakonda. It is not only a relationship but it has also been said that the two are going to get married soon. During this time, now actress Vijay Deverakonda has broken his silence for the first time about the news of marriage and has tweeted the whole truth to the people.

Vijay Deverakonda on his official Twitter account tweeted on Monday, "As usual nonsense... Are we just... There is news. After this tweet came out, it has become completely clear that the news of Vijay and Rashmika's marriage is just a rumour and nothing else. The actor's tweet has now started going viral on social media. Fans are also getting a lot of reactions on this. 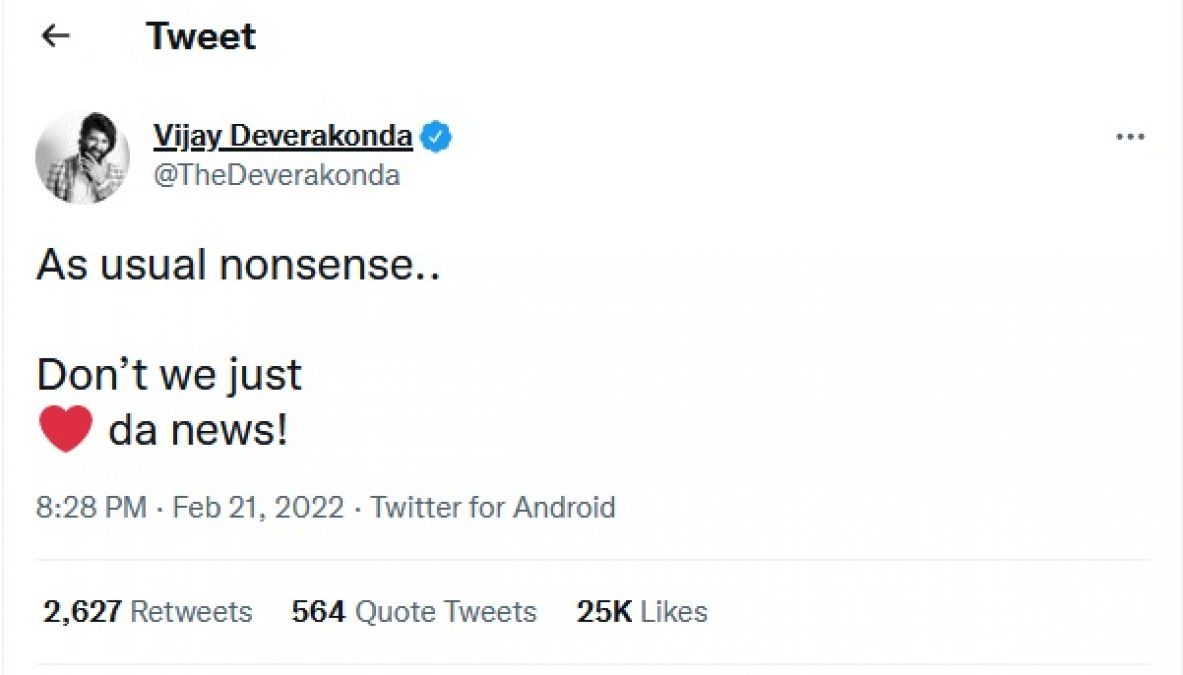 Talking about the work front, Vijay Deverakonda will soon be seen in Dharma Productions' action thriller 'Liger'. In it, his opposite actress Ananya Panday is going to be seen. On the other hand, Rashmika Mandanna is shooting for the movie 'Goodbye' with Amitabh Bachchan and Neena Gupta these days.

Is Vijay going to marry the national crush Rashmika?

Samantha's first look of 'Shakuntalam' out on Monday