Want to buy a new bike this Diwali? View list of upcoming motorcycles Most automakers are gearing ready to launch new automobiles during the festive season. While several brand-new motorcycles and scooters will be available in India over the Christmas season, certain yearly upgrades, as well as limited-edition models, will be available shortly. Here's a rundown of all the forthcoming motorcycles and scooters that will be launched in India in the coming months.

2. Apart from the new Pulsar bikes, Bajaj Auto is likely to give the green light to the next generation of KTM RC bikes in India, beginning with the RC390. According to rumours, the new-generation RC390 would be available in India in November.

3. TVS Jupiter 125: Following the launch of the new Raider 125, TVS Motor Company is preparing to expand its position in the 125 cc two-wheeler market with the launch of the new Jupiter 125 scooter. On October 7th, the product will be released in India. Other 125cc scooters in India, such as the Hero Maestro Edge 125 and the Honda Activa 125, will be direct competitors.

4. BMW 400 GT: The new BMW 400 GT scooter has been teased by BMW Motorrad India on many occasions. BMW's new product is also available for pre-order at certain BMW Motorrad shops in India. Customers who are interested in booking the scooter can do so for a nominal fee of Rs. 1 lakh.

In certain overseas markets, it is already available. It is powered by a 350 cc liquid-cooled single-cylinder engine that produces 33.5 bhp of maximum power at 7,500 rpm and 35 Nm of peak torque at 5,750 rpm. The engine is mated to a CVT transmission. Expect the scooter to cost approximately Rs. 4 lakh when it is released (ex-showroom). 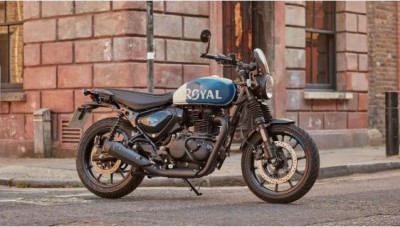