The rain in Aligarh since Monday morning has once again exposed the municipal corporation. In fact, all the major roads of the city, including Maris Road, Ramghat Road, and Railway Road, in the city were flooded with water logging. Due to this, passersby had to face problems in commuting here. Here, along with the main roads of the city, the roads were also flooded in the posh colonies. Let us tell you that water entered various colonies of the city including Vidyanagar, Durgawadi, Swarna Jayanti Nagar, Surendra Nagar, Mahendra Nagar, Sycamore Road, Naurangabad Cantonment where water entered the houses of people.

On the other hand, people were in a bad condition due to water logging in various areas including Eidgah, Uparkot, Hathi Dooba, Shahjamal. Here rainwater entered people's houses and people continued to suffer. Aligarh received rain on September 16 after a wait of several weeks. However, the condition is serious due to heavy rains today i.e. on Monday. People were locked inside their homes.

The rain continued till 11 o'clock. Apart from this, normal life was disrupted throughout the day on Saturday due to torrential rains in Kumaon for the last several hours. At the same time, traffic has been closed on 46 roads in the division. Houses have also collapsed in many places. Here, houses were damaged in many places due to landslides and debris in the mountains, while the roads have been destroyed.

A boy saw his parents being murdered by Russians. Is it going to be a war crime?

Monsoon will continue throughout Sept, know where it will rain today

Heavy rains in UP for next 2 days, farmers will get relief 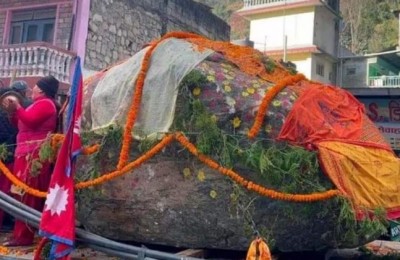