Vinay Kumar announces retirement, Kumble says 'You can look back on your career with pride' Former India skipper Anil Kumble congratulated the pacer R Vinay Kumar as he announced his retirement, saying that he can look back on his career with pride.

Kumble took to Twitter and wrote, "Well done Vinay on a fantastic career. Your contribution to Karnataka cricket and India is praiseworthy. Congratulations, you can look back with pride. Best wishes for the future."

Pacer Vinay Kumar announced his retirement on the Twitter. He wrote, "Today "Davangere Express" after running for 25 years and passing so many stations of cricketing life, has finally arrived to a station called "retirement". With lot of mixed emotions, I Vinay Kumar R hereby announce my retirement from international and first-class cricket. It is not an easy decision to make, however, there comes a time in every sportsperson's life where one has to call it a day."

The pacer played for India in all three formats of the game. In his career, he played 1 Test, 31 ODIs and 9 T20Is for the country, managing to take 49 wickets across all formats of the game he also played alongside the great Indian players likes of Sachin Tendulkar, MS Dhoni and Virat Kohli in his career.  He also led Karnataka to two consecutive Ranji Trophy titles in 2013-14 and 2014-15 seasons. 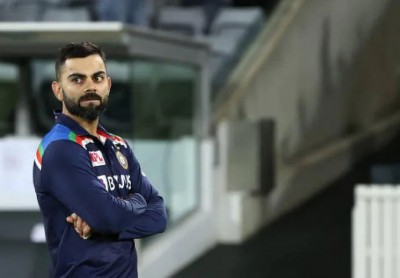