New Delhi: The country's PM Narendra Modi today completed 20 years in constitutional office on October 7, 2021. In these 20 years, he has been CM of Gujarat for more than 12 years and has been the PM of the country for more than 7 years now. That date was October 7, 2001, when Narendra Damodar Das Modi was sworn in as the CM of Gujarat. Since then, PM Modi has continued to hold constitutional office without taking any leave. As well as in this segment he is not losing a single election. During his 20 years of public service, he faced many challenges from personal to administrative life, and during this time he also received immense love from the people. In a country like India where the political ground is extremely rough, he won 2 consecutive general elections by a record majority. Modi became the centre of Indian politics from where his supporters say the line starts from here. 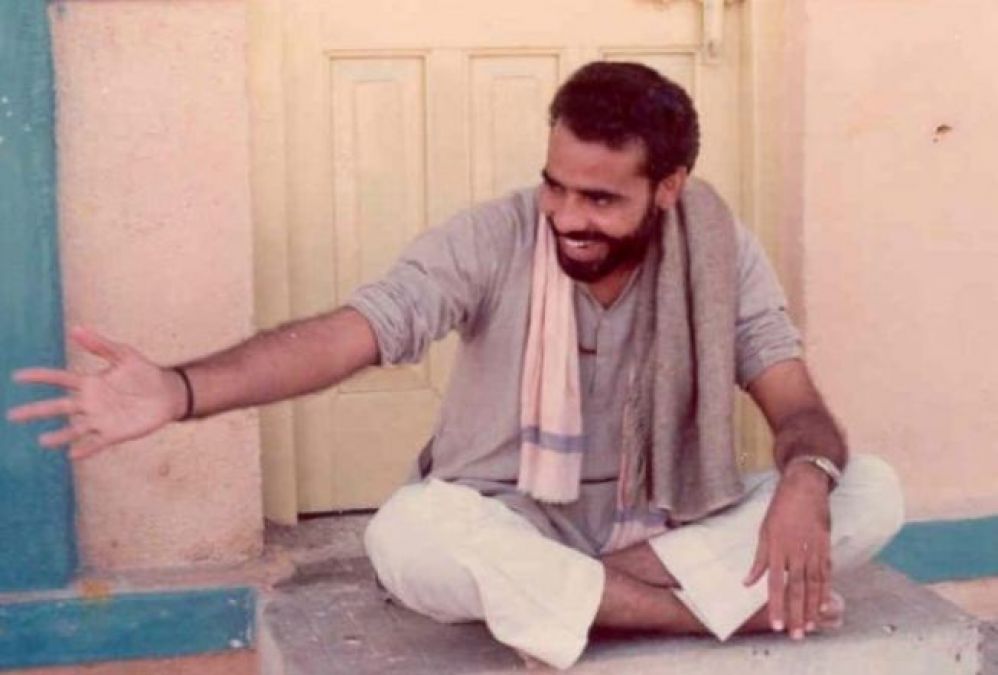 Today PM Modi is very popular on social media. His followers on Twitter-Facebook are more than the population of many countries. A few years ago, when he had merely hinted before Women's Day that he was thinking of leaving social media, there was a stir. PM Modi is a wonderful communicator, he knows how to command people's attention and that is why he is still the centre of Indian politics. Narendra Modi, who was sworn in as PM on May 26, 2014, has been ruling the country for 2,692 days. On the other hand, when it comes to CM's post, he was sworn in as CM Gujarat on October 7, 2001, and held the post till May 22, 2014. He thus held office as chief minister for 4,607 days. The tenure of the country's first PM Jawaharlal Nehru, Indira Gandhi and Dr Manmohan Singh is still more than Narendra Modi's current tenure. Nehru was the Prime Minister of the country for a total of 6,130 days. This is followed by Indira Gandhi, who ruled for 5,829 days. Then there is Dr Manmohan Singh, who was PM for 3,656 days. But before becoming CM, Narendra Modi used to be an ordinary BJP worker in the 80s and 90s. He was already associated with RSS. Two days ago, PM Modi had thanked the people for the BJP's landslide victory in the Gandhinagar elections. In 1987, Modi himself had decided the BJP's victory in the Ahmedabad Corporation elections. He fed lotus here, looking amazing in his management capacity. His skills caught the party's attention and veteran leader LK Advani, who had become the party chief in 1986, made Modi the party's Gujarat organisation secretary in 1987 after the victory in Ahmedabad.

From general worker to CM of Gujarat:- 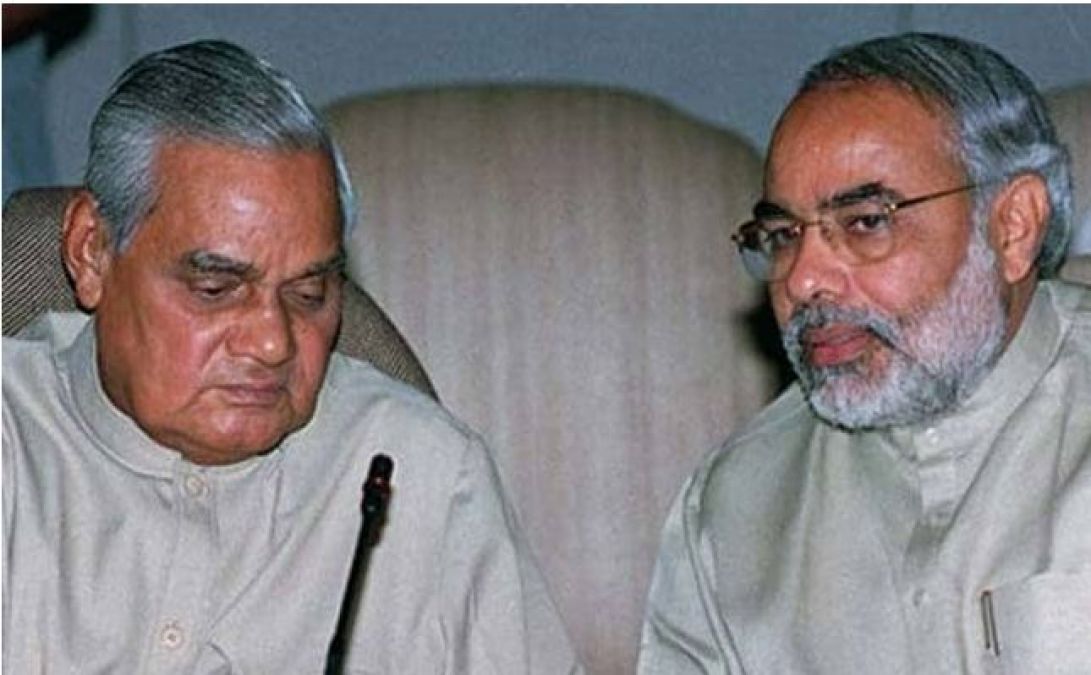 Modi's stature in the BJP has continued to grow since then. He played a key role in making Advani's Rath Yatra in 1990 and Murli Manohar Joshi's Ekta Yatra in 1991-92 successful. These visits and their experience worked greatly in shaping Modi as a people's leader. In the 1995 Gujarat assembly elections, Narendra Modi once again showed the charisma of his management. The party also won this election, with Modi being promoted to the BJP and sent to the national capital Delhi as national secretary. Here he was given the command of party activities in Haryana and Himachal Pradesh. In 1998, Gujarat's politics changed rapidly, with BJP stalwart Shankar Singh Vaghela joining the Congress. Mid-term elections were held in the state and Keshubhai Patel became the chief minister. Keshubhai Patel's government was in the state when an earthquake that swallowed the lives of many people in Bhuj, Gujarat, occurred in January 2001. The government's image was greatly damaged during the handling of this disaster. The BJP leadership was worried about Gujarat. Atal Bihari Vajpayee was then the PM of the country. Assembly elections were proposed in the state late next year. Meanwhile, the BJP High Command had decided to change the CM face of Gujarat. When a search was made for a suitable face, the party's eyes stopped at Narendra Modi. In fact, Keshubhai Patel had earlier marginalized Narendra Modi in Gujarat's politics. Gujarat BJP was in a state of revolt. It was in this turmoil that Modi visited the US in 2000. Vajpayee remembered Modi when the BJP decided to change the leadership of the state after the Gujarat earthquake in 2001. Narendra Modi is said to have attended the funeral of a cameraman in Delhi on October 1. It was then that his phone rang and he was asked to meet PM Atal Bihari Vajpayee. Atalji then gave him the responsibility of Gujarat.  In fact, this phone call opened up many avenues for Modi's entry into active politics, and with this, Indian politics had reached a departure point.

On October 7, 2001, Narendra Modi was sworn in as CM of Gujarat. Modi was dealing with the effects of the Bhuj earthquake when the Godhra train incident took place in February 2002. Gujarat then started burning in the fire of communal riots. The Gujarat riots caused a lot of damage to the social fabric of the country. After these riots, the then PM Atal Bihari Vajpayee had instructed CM Narendra Modi to perform 'Rajdharma.' Modi created the image of a strict administrator for himself by coming out of the judicial process, strongly criticizing the Gujarat violence. He removed the power problem, drinking water problem in the state. He rejuvenated the Sabarmati river. Modi held the Vibrant Gujarat Summit to attract investment in Gujarat. During the UPA-2 government at the Centre, the Gujarat model became the measure on the basis of which the development of other states began to be measured. The Gujarat model became so popular that Modi emerged as the prime minister's face for the 2014 general elections. Advani, who was 'PM in Waiting' in 2009, was enraged by Narendra Modi's rise but could not stop him. Modi had formed the basis for challenging the Congress and the Gandhi family by winning the Gujarat elections of 2002, 2007 and 2012 one after the other. 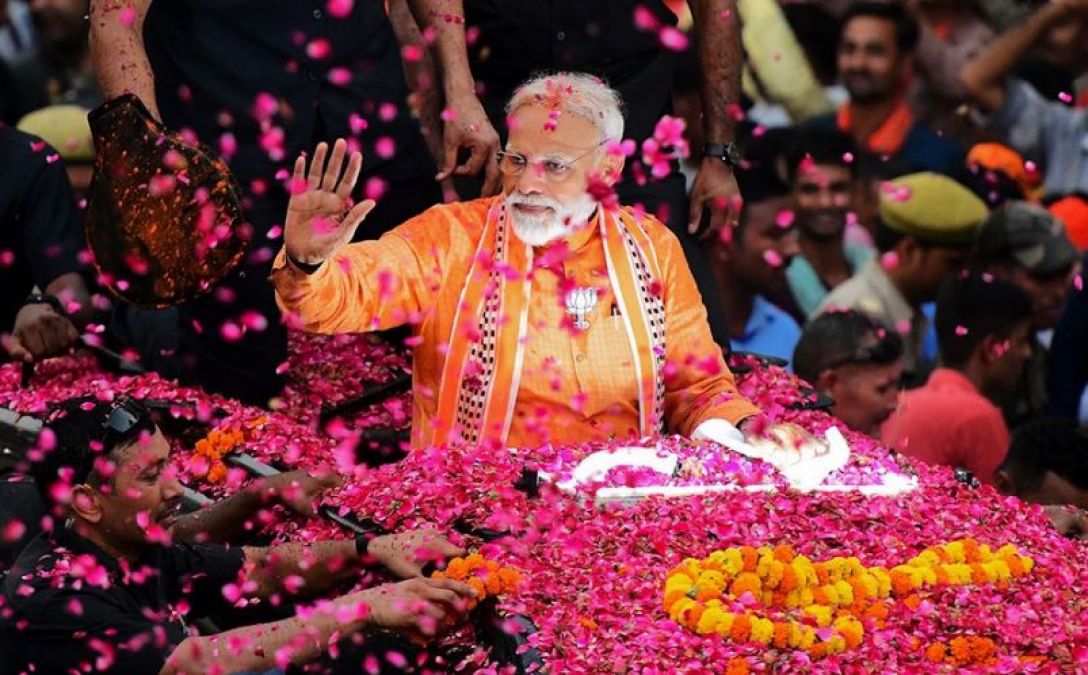 In 2013, the party declared Modi a PM face. In May 2014, PM Modi made a surprise political visit from Gujarat to Delhi. The BJP formed the government with a huge majority in this election led by him. It is said that the BJP's election symbol in this election may have been lotus, but people voted by looking at Modi's face. This was the election that was fought at the booth and social media was also the battleground of this election. This was India's first election where Facebook, Twitter and WhatsApp became tremendously effective and Narendra Modi proved to be a master of the skill of incorporating social media to his advantage. 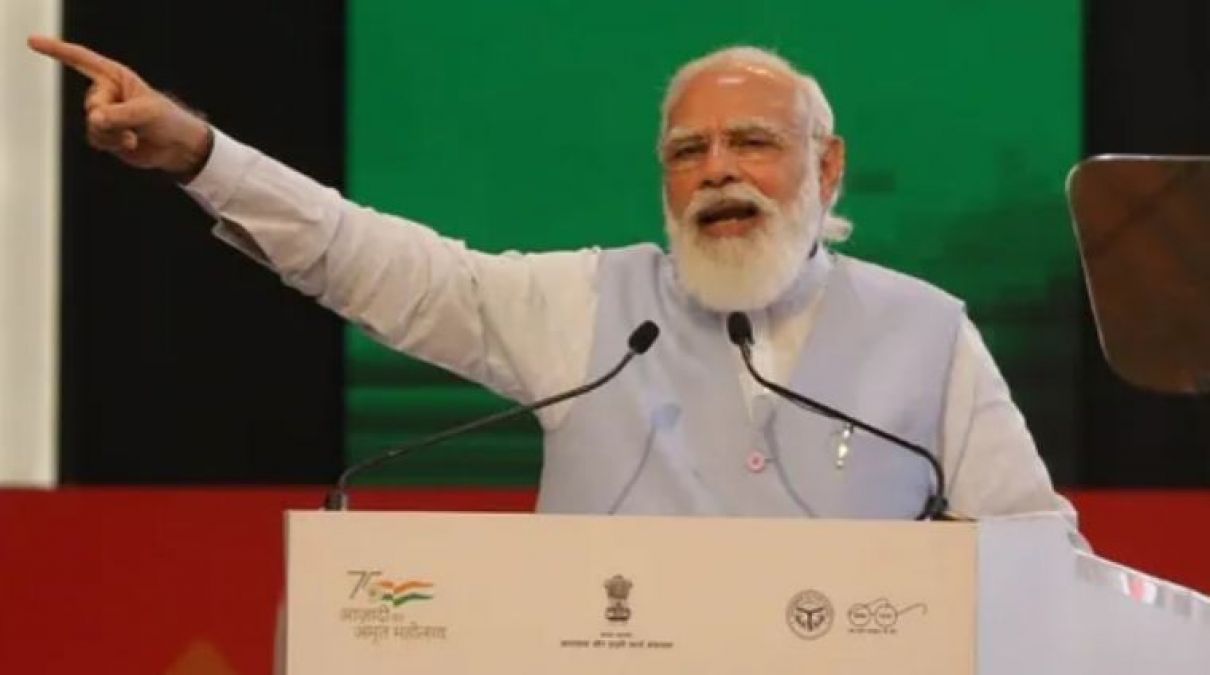 After becoming PM, Modi started an innovation like Jan Dhan Yojana and opened a bank account of crores of people in the country and linked them to the banking system. According to official data, 410 million people have opened Jan Dhan accounts. Due to these accounts, the benefits of government schemes started reaching the beneficiary's account directly. 20 years is a long time. For any public administrator, it is so long that the glimpses and effects of his policies are visible in the lives of the general public. A review of the functioning of PM is similar.  In addition, PM Modi has launched several schemes like Mudra Yojana, Jan Suraksha Bima Yojana, Ujala Yojana, UPI, PM Awas Yojana, Saubhagya Yojana, Ayushman Bharat, Kisan Samman Nidhi etc. The beneficiaries of these schemes are the class that has been deprived of almost every facility. Narendra Modi harvested a huge vote because of these schemes. In the 2019 Lok Sabha elections, UP Assembly elections, Bihar Assembly elections, Jharkhand, Himachal and Uttarakhand elections, he got bumper votes from this category and Modi won the BJP with more seats than ever before. Meanwhile, PM Modi faced many challenges on issues like CAA-NRC, Shaheenbagh, Pegasus, Rafale, but they did not have much impact, though the current farmers' movement is certainly a sore throat of the Modi government. It remains to be seen how this wizard of politics tackles the problem of farmers.

From Amitabh to Sushmita Sen, these stars wished Navratri