A similar solar eclipse occurred In 1962, India lost to China at that time New Delhi: The first solar eclipse of the year 2020 has been started. Astrologers have not given good hints about this astronomical event. He says that such a coincidence of the eclipse was made in the year 1962, when three consecutive eclipses were started one after the other, something similar is happening this time too. According to astrology, during this solar eclipse, the planet is going to be such a rare combination of constellations that have not been formed in the last 500 years.

Astrologers said that due to this combination of planetary constellations, there will be a large-scale disaster in the world. Natural disasters will come and it can cause havoc all over the world. Astrologer Prateek Bhatt says that the whole state of the planetary constellations is scary and frightening, there will remain the risk of natural disaster. According to astrology, the coincidence of planets during solar eclipse is very productive. Due to its effects, there is a possibility of natural outbreak, earthquake, military skirmish or even rust. Astrologers say that in the year 1962, a similar situation was created for planetary constellations. The lunar eclipse took place on June 5, the second solar eclipse is happening today. After this, an eclipse is going to happen in July. Earlier in 1962, a similar yoga was formed and three consecutive eclipses were started.

58 years ago 1962 Maandya lunar eclipse on July 17, solar eclipse on July 31 and maandya lunar eclipse again on August 15. 1962 was the year when China invaded India by deception and this time also there has been a bloody conflict between India and China in the Galvan Valley of Ladakh. Astrologer Prateek Bhatt has claimed that India will take a big step against China before July 7 and other countries will also come with India. He said that a big war is not seen, but there is a possibility of a small war or violent skirmish. 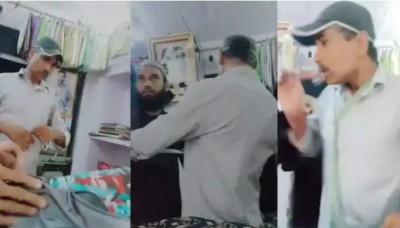