New Delhi: PM Narendra Modi has interacted with the Prime Minister's National Children's Award (PMRBP) awardees through video conferencing on Monday. Digital certificates were given to awardees PMRBP in the years 2022 and 2021 through blockchain technology. Among those who won the PMRBP award is 12-year-old Gurugu Himpriya, who saved the lives of her mother and two younger sisters during a terror attack in 2018. Himpriya was only 8 years old at the time. She has been given this award for his bravery.

Himpriya lived with his father Havaldar Gurugu Satyanarayana, mother Padmavati and sisters Rishita and Avantika in the army residential quarters at Sunjawan in Jammu and Kashmir. Meanwhile, on February 10, 2018, terrorists from the terror group Jaish-e-Mohammed attacked the camp. Satyanarayana was on duty in Udhampur at the time of the attack. Seeing a terrorist enter the quarters, Padmavati locked herself and her three daughters inside the bedroom. Whatever they saw, she put it in front of the door. Padmavati and 8-year-old Himpriya prevented the terrorist from entering the room for more than three hours. However, the terrorist tried to enter the room by throwing a grenade, leaving Padmavati badly injured.

But, Himpriya continued to struggle to keep her mother and sisters safe. She opened the door and interacted with the terrorist for about an hour. The determined girl finally convinced the terrorist to take her injured and unconscious mother to the hospital. She then reached a safe distance from where she alerted the Army. On receiving the information of the girl, the army swung into action and eliminated the terrorists. The army still appreciated Himpriya's morale. 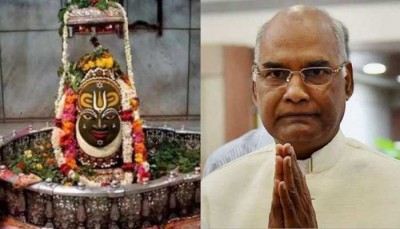