Varun Dhawan gets shaved by a local barber The extremely talented Varun Dhawan has been known for his innovative approach towards his characters. Currently, the actor is working on his upcoming venture called Sui-Dhaaga which is based on the initiative of Make in India, launched by the Prime Minister, Narendra Modi. For the movie, Varun discovered a really cool and creative idea to promote it. Varun approached a local barber to get a haircut done which would help him resemble a local guy. When the actor started shooting for the movie, he had a full beard look but he had to get it shaved completely.

As per the information provided by the sources, Varun has started shooting for the last schedule of the movie in Mumbai. His character from the movie demanded him to look like a poor mauji. Hence, without any tantrums, Varun decided to visit a local barber and get the look. He had to shave his entire beard and just keep the mustache look.

The movie also stars Anushka Sharma opposite Varun Dhawan. The movie has been scheduled to release on the 28th of September. The fans of Varun and Anushka are eagerly waiting for the movie. A picture featuring the two actors was leaked from the film sets. The picture has increased the interest of the fans. We cannot wait to see the movie. Mother-son were in a relationship with same man for 5 years, and then... Humans can recognize faces even with half the brain: Study reveals 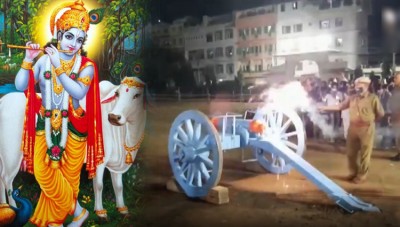