Balasore: The air version of the BrahMos supersonic cruise missile was successfully test-fired from the Sukhoi 30 MK-I supersonic fighter aircraft off the coast of Odisha today at 1030 hrs.

The missile launched from the aeroplane followed the pre-planned trajectory and met all mission objectives in this copybook flight. The launch marks a significant step forward in the BrahMos development process. It paves the way for the country's first-ever serial manufacture of air-version BrahMos missiles.

Indian industry has created major airframe assemblies that are a vital part of the Ramjet Engine. The Ramjet fuel tank and pneumatic fuel supply system are among the metallic and non-metallic airframe elements.

The structural integrity and functional functionality of the device were demonstrated during the test. In July 2021, the air variant of BrahMos was tested for the last time. Rajnath Singh, the Raksha Mantri, commended the Defense Research and Development Organization (DRDO), BrahMos, the Indian Air Force, and industry for the successful test firing.

BrahMos is a joint venture between the DRDO and Russia's NPO Mashinostroyeniya that resulted in the formation of Brahmos Aerospace. The missile gets its name from two rivers: India's Brahmaputra and Russia's Moskva. 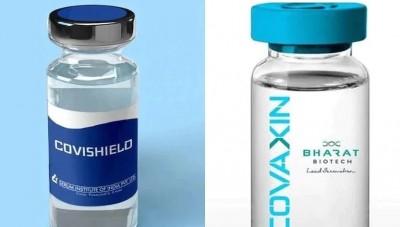