New Delhi: Amit Shah, the Home Minister, has praised the move to repeal three new agriculture legislation. PM Narendra Modi's tenure has been extended by himself. Prime Minister Narendra Modi, he claimed, picked a special day for this decision. His action demonstrates that he is concerned about the wellbeing of all Indians. Not only that, but Prime Minister Narendra Modi stated today, on Guru Nanak Jayanti, that all three new agriculture laws will be repealed. The Prime Minister has stated that the process of removing it will begin during the next Parliamentary session. Many farmers' organisations have been fighting new legislation for the past year.

'The highlight is that Modiji chose the special day of 'Guru Parb' for this announcement,' Amit Shah said on Twitter, welcoming the decision to repeal the new agriculture legislation. His action also demonstrates that the wellbeing of all Indians is his exclusive concern. He's demonstrated himself to be a capable leader.' 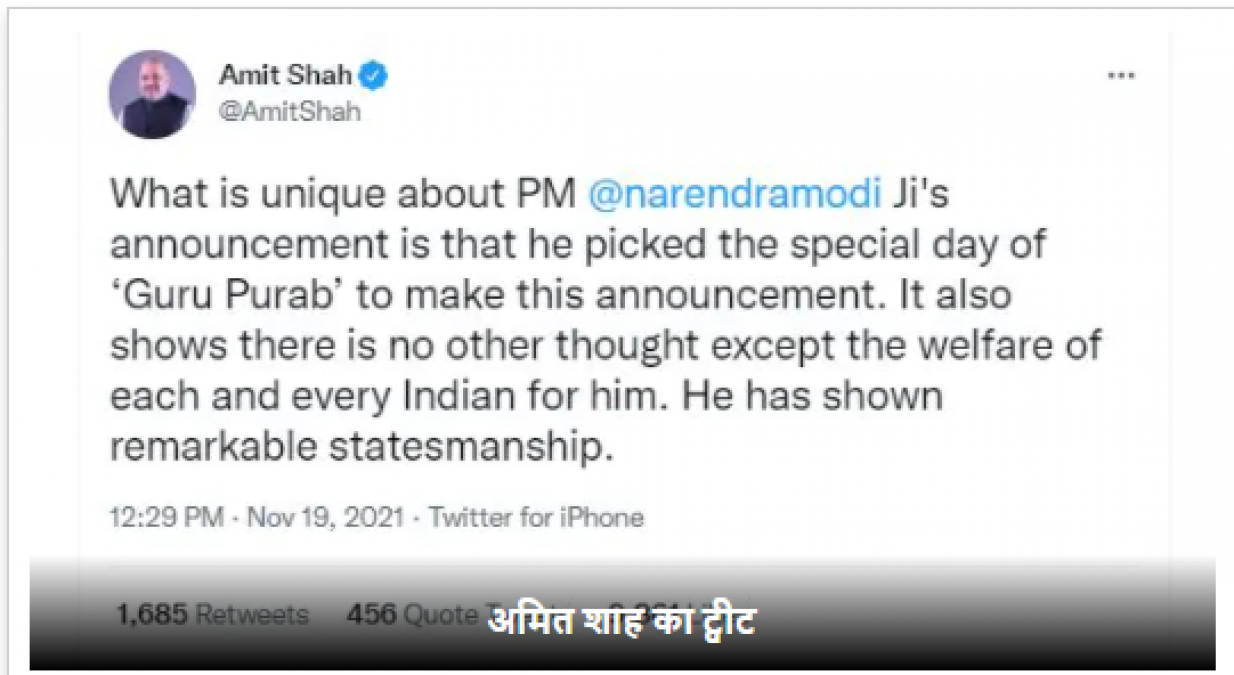 'We haven't done our penance,' Prime Minister Narendra Modi said in his address to the country on Guru Nanak Jayanti. In the coming winter session of Parliament, he has stated that the constitutional process of abolishing these laws would be finished. "I want to apologise to the countrymen today and say with a genuine heart and a pure heart that perhaps there was a flaw in our penance that hindered certain farmer brothers from communicating the truth like the light of the given one," he added.

Farmers agitating on various borders of the capital Delhi for nearly a year have been asked to return home in protest of the Farmers' Produce Trade and Commerce (Promotion and Simplification) Act, Agriculture (Empowerment and Protection) Price Assurance and Agricultural Services Agreement Act, and The Essential Commodities Amendment Act, 2020, according to information received.

There are great opportunities to get a job in the stock market, Know more