TV's famous actress Anushka Sen is in the news for her tremendous style. Now once again Anushka has clicked such pictures of herself that she is being discussed everywhere on social media. While Anushka first impressed everyone with her best acting, now Anushka's stylish looks and looks remain the talk of the town.

Now once again, Anushka has shared her new photos on social media. In the photos shared on social media, Anushka can be seen wearing a white colour crop top and pants. With it, she is wearing a blazer. Here she is posing one after the other lying on the bed. People's eyes are fixed on Anushka's boldness.

To complete the look, Anushka has done light makeup and tied her hair in a ponytail. These acts of hers are too much to make anyone go crazy. Anushka looks very hot in this avatar. People are not tired of praising this look of Anushka. In the photos, not only fans but all the users are seen making a lot of comments. These pictures of Anushka are going viral on social media at the moment. 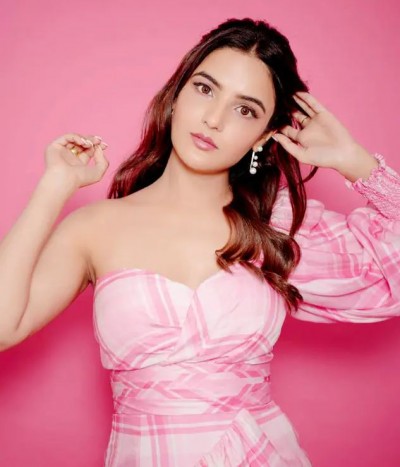