Gorakhpur: It was Hanuman who re-irrigated the cores of Sanatan Dharma in Kalyug. Shri Hanuman Prasad Poddar Ji, who established Gita Press Gorakhpur, worked to deliver Vedic religious texts and scriptures to the homes of Sanatan Hindus in Kalyug. Today, the Sanatan Shastra that is reaching the homes of Hindus is the gift of Shri Hanuman Prasad Poddar Ji.

In fact, Hanuman Prasad Poddar Ji was Hanuman when the Hindu society was becoming a slave of English civilization by forgetting their knowledge, science, and pride. Then like the god Hanuman, he established the Gita Press Gorakhpur (Sanatan Shaktipunj) in the form of Sanjeevani, which made a great effort to keep the Sanatanis connected to the roots. For that, Hindu society will always be indebted to him.

It will not only be a mistake but a great sin to forget such Dharmarakshak Mahavirs by the new generation. How could these people have established institutions despite living in scarcity, which emerged as the largest Hindu institution to deliver Vedic scriptures in the whole world? No money or resources, yet he sacrificed everything to bring immortal knowledge of the Vedas to the future generations of Hindu society. 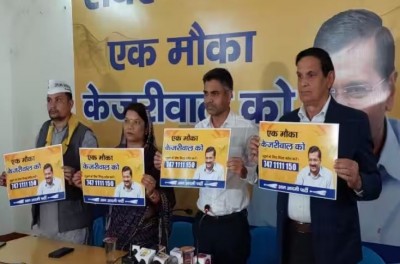