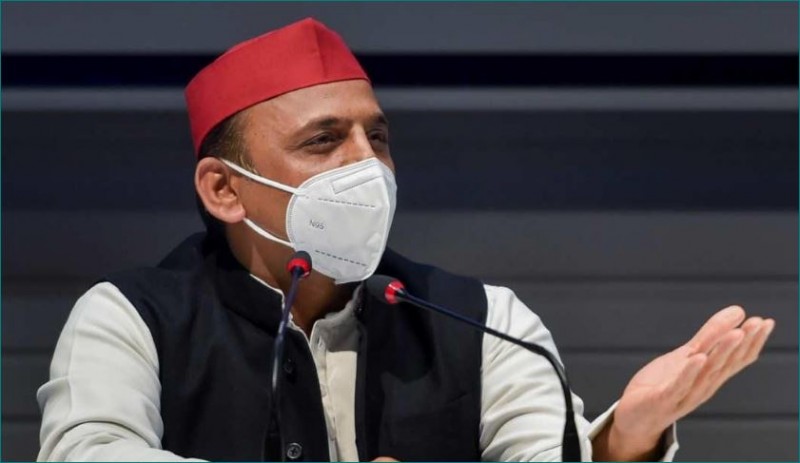 Lucknow: Samajwadi Party President Akhilesh Yadav has been making frequent statements ahead of the UP  assembly elections. He is now gearing up to make the rape case in Hathras a big political issue last year. In fact, today he has tweeted and appealed to party workers and allies to celebrate 'Hathras Ki Beti Smriti Diwas' on the 30th of every month. In fact, in a tweet, he wrote, "Remind the government of the way the BJP government in UP committed the evil act of burning the body of a rape victim in September last year. '

At the same time, Akhilesh Yadav has also written, "The Hathras incident has left the BJP's anti-Dalit and anti-women face in a tinge. In fact, with elections to be held in UP, the Samajwadi Party is cornering the BJP government in the state by raising small issues. On the other hand, the SP in the state is raising issues that once became a big problem for the state government and through it it is now working on a strategy to corner the state government before the elections. If you remember, on September 14 last year, four men gangraped a young woman in Hathras district of the state and then brutally thrashed her.

The victim then died at Delhi's Safdarjung Hospital on September 29 during treatment. He was then cremated by the state Hathras police without the approval of the family so that the case could be hushed up. However, after this, the matter took a political turn in the state and from the Congress to the Socialist Parri had staged a fierce protest against the government.