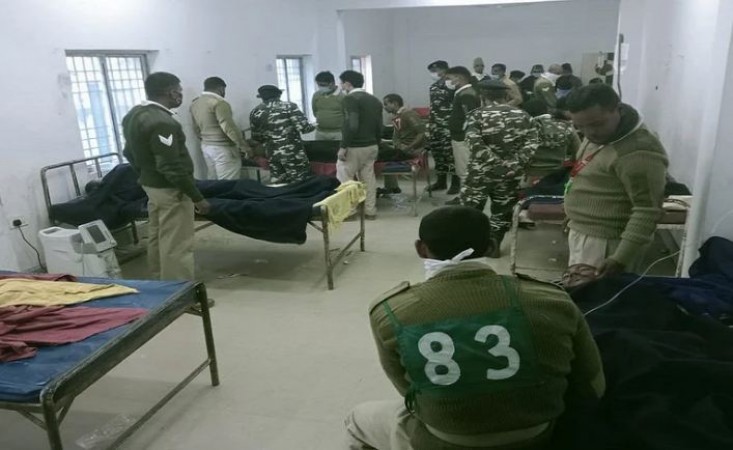 Patna: Three SSB soldiers have lost their lives due to electrocution in Bihar's Supaul district. While 9 people have been badly injured. Four of them have been referred to DMCH for better treatment. According to reports, 3 soldiers lost their lives and 9 soldiers were seriously injured when they were electrocuted at the SSB 45th Battalion Camp at Birpur in Supaul. In which 4 are in critical condition .

All the soldiers were reportedly undergoing training at Virpur in Supaul after being appointed to the Sashastra Seema Bal (SSB). In order to shift the tents during training, all of them came under the grip of high boltage current. In which 3 soldiers lost their lives at the spot and 9 were injured . All the soldiers were admitted by the SSB to Birpur Hospital in hustle. Thereafter, 4 soldiers have been referred to DMCH in view of their critical condition.

The SSB had reportedly applied several times to the electricity department asking it to remove the high tension wire from the top of the training camp, but the wire was not removed after which three soldiers were hit and lost their lives. After the incident, SSB officials are refraining from saying anything on the incident, the same Superintendent of Police confirmed the news.