Sadhvi Niranjan reacted over Unnao Case Accident, says 'It's an attempt to defame the BJP' NEW DELHI: The case of Unnao rape and accident also rocked the parliament on Tuesday. There was a big uproar in the Lok Sabha over the issue. The Bharatiya Janata Party (BJP) has alleged that the truck that hit the victim's car belonged to the Samajwadi Party (SP) leader. The BJP said that the SP is ruling on a sensitive issue like rape, which in no case will be considered correct.

In the Lok Sabha, Congress leader Adhir Ranjan Chaudhary has demanded a statement from Union Home Minister Amit Shah on the Unnao rape case. On the other hand, BJP leader Pralahad Joshi said that the matter is being politicized. SP National President Akhilesh Yadav has demanded an inquiry by the SIT into the Unnao rape case. On this, BJP MP Jagdambika Pal said that the truck that hit the car of the Unnao rape victim is the spat. the truck belonged to the SP leader. The SP is deliberately trying to defame the BJP in the matter.

On the other hand, Union Minister Sadhvi Niranjan Jyoti said that the owner of the truck belongs to Fatehpur. At the same time, he is an activist of the Samajwadi Party. To save him, the SP is trying to defame the BJP. 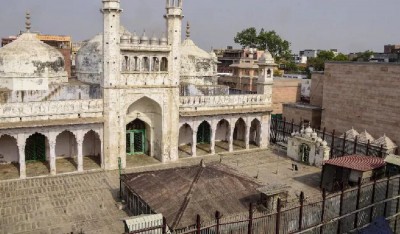