Budget 2022: General Budget to be presented today, these things can be cheaper New Delhi: Union Finance Minister Nirmala Sitharaman is going to present the country's budget in Parliament today i.e. Tuesday, February 1. Let us tell you all that there is a lot of expectations of all sections of the country from this budget to be presented for the financial year 2022-23. In such a situation, this time the common people of the country want to increase their income and cut down on expenses. Amidst all this, it is being reported that the central government can make a big announcement about electronics in this budget. According to reports, the central government may revise the customs duty on consumer electronics and mobile phone parts.

By the way, if this happens, then the electronics sector as well as the general public of the country can get a big relief from the rising inflation. Let us tell you all that the electronics industry had appealed to the central government to reduce the custom duty on parts. According to the report of a famous website, two persons have informed about the mood of the government regarding the electronics sector on the condition of anonymity. The report also said that the central government may make a big announcement to reduce custom duty on electronics and mobile phone parts to promote manufacturing and local sourcing of spares in the country.

Apart from this, there is also a discussion about making the entire system of custom duty easier than before. This will make local production easier and reduce the burden of compliance. It is being said that in order to promote local manufacturing in the country, the government is also considering to reduce import duty on audio gadgets and worn gadgets such as smartwatches and smart bands. According to the report, this is likely to be one of the new sectors where the government expects exports to accelerate on the lines of success in mobile phone manufacturing and exports. This is expected to lead to a tremendous increase in exports in the electronics components sector.

At the same time, the report also said that with this plan of the government, the export of electronics components is expected to increase to $8 billion by the financial year 2025-26, which is zero in the current financial year. On the other hand, at the same time, the export of electronic products can also almost double from $9 billion to $17.3 billion. 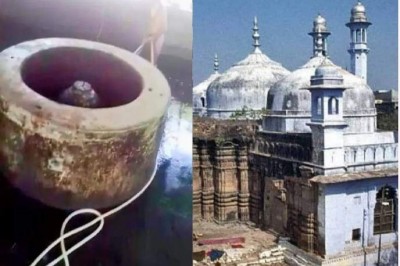