Bengaluru: The country is under lockdown to defeat the global pandemic Coronavirus and efforts are being made by the governments to help the common people. Meanwhile, the phase of accusation is also at its peak. On Monday, Karnataka Congress leader and former minister DK Shivakumar made a tweet in Karnataka's BS. Accused the minister of Yeddyurappa government and said that when there is a crisis in the state, the minister is enjoying in the swimming pool.

Shivkumar condemned the minister's behaviour and demanded from CM BS Yeddyurappa that he be removed from the Council of Ministers. However, the tweet whose screenshot has been shared by DK Shivkumar is no longer on Sudhakar's timeline. Even before this, the state government was accused by the Congress leaders of acting in lockdown and not preparing properly to deal with the coronavirus.

When the whole world is going through a health crisis, the Corona in-charge Minister Dr. Sudhakar is behaving irresponsibly by spending time in a swimming pool.

It's a matter of moral & ethical standards. He must resign out of his own accord & CM should sack him from the cabinet pic.twitter.com/ZQlRzMoqrb 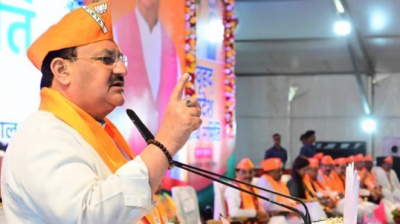