Cuba: Strong Hurricane On Tuesday, while Florida prepared for a direct hit from the "extremely dangerous" storm that is already battering the US state with high winds, Ian left a path of destruction and triggered a widespread blackout in Cuba.
The Insmet meteorological institute reported that Ian impacted western Cuba for more than five hours early on Tuesday before departing over the warm waters of the Gulf of Mexico.
Cuba was left "without electrical service" as a result of the storm's damage to the island's power grid and island-wide blackout, according to state electricity provider Union Electrica.

There were downed power lines, flooded streets, and a scattering of damaged roofs in the western city of Pinar del Rio.

Also Read: Hurricane Fiona: Canada braces for one of the worst storms in history

"Destruction and aridity. These are dreadful moments. Nothing is left here, a 70-year-old city resident was quoted as saying by his journalist son Lazaro Manuel Alonso in a social media post.
Pinar del Rio province, which took the brunt of the storm, saw about 40,000 people evacuated, according to local authorities.
The US National Hurricane Center (NHC) predicted that Ian would intensify before making landfall as a major hurricane that was "extremely dangerous" off the west coast of Florida.

Local Florida officials and US President Joe Biden all urged people to heed evacuation warnings, with Biden warning that Ian "could be a very severe hurricane, life threatening and devastating in its impact."

The NHC advised being ready for "life-threatening storm surge, catastrophic winds, and flooding" in the Florida peninsula in its most recent bulletin.
The Florida Keys, a chain of islands off the southernmost point of the state's mainland, are already being battered by winds of a tropical storm, according to the NHC.
Authorities in Cuba are only now starting to evaluate the damage, but locals have described "destruction" and shared pictures of flooded streets and downed trees on social media.
The NHC estimated Ian's maximum wind speeds at 205 km/h (125 mph) at the time of impact, classifying it as a Category 3 storm.

No reported fatalities or injuries have yet to be made.
Caridad Fernandez, 65, of Consolacion del Sur, southwest of Havana, reported that her home's roof was severely damaged and that water was entering through the front door.
She declared, "Everything we have is broken." But we'll overcome this, so we'll just keep going.
According to Hirochi Robaina of the Robaina tobacco plantation, "it was apocalyptic, a real disaster" in San Juan y Martinez, a developing hub for Cuba's important cigar industry.
In Florida, Governor Ron DeSantis reported that 2.5 million people were ordered to evacuate as authorities rushed to get ready for the storm's predicted early Wednesday landfall.

Although Ian's precise path was still unknown, DeSantis cautioned that "the impacts will be far far broader."
"You don't want to be a part of a storm surge that is five to ten feet (1.5 to 3 metres) high. Mother Nature is a very formidable foe, according to DeSantis.

Biden spoke with DeSantis, a potential challenger for the 2024 presidential election, on Tuesday night to discuss storm preparations, according to White House Press Secretary Karine Jean-Pierre.
Widespread catastrophic flash, urban, and river flooding is anticipated across central and west Florida starting midweek, the NHC warned.
3,200 members of the national guard had been activated in Florida, according to the Pentagon, with an additional 1,800 joining them later.
Authorities were distributing free sandbags to residents in a number of communities, including Miami, Fort Lauderdale, and Tampa, to help them defend their homes from flooding.
At 5 o'clock on Tuesday, operations at Tampa International Airport were suspended. 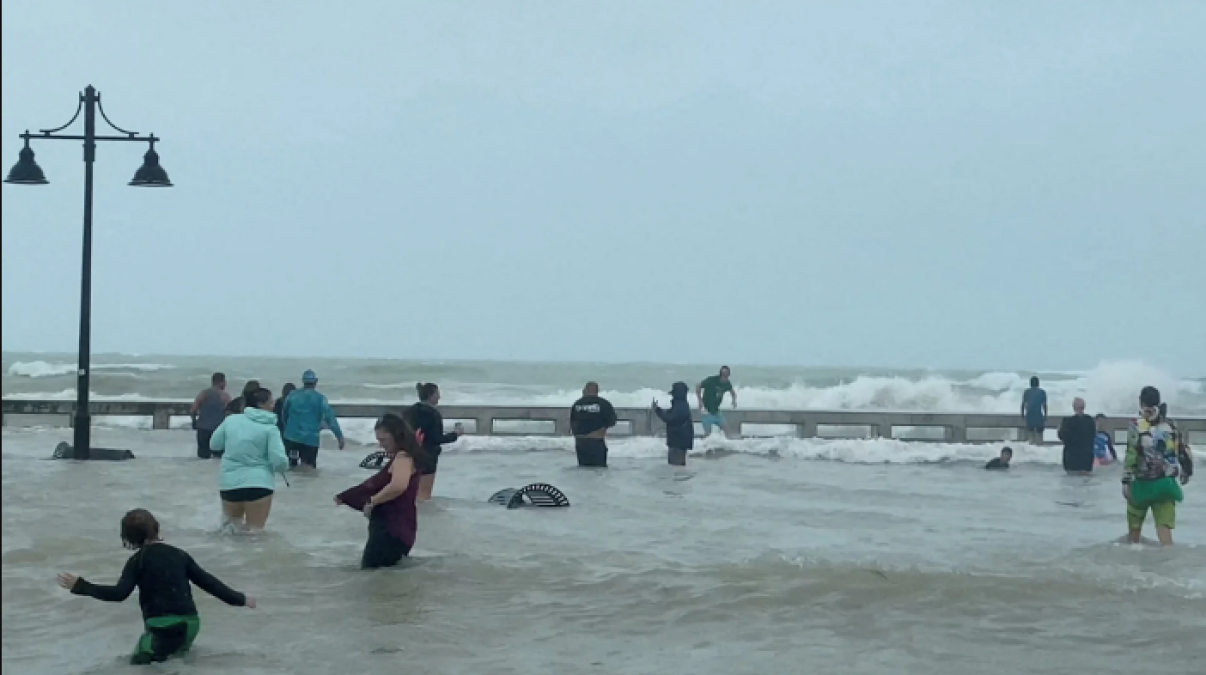 The Federal Emergency Management Agency (FEMA) has already preemptively approved emergency assistance for Florida, and even NASA took precautions by rolling back its enormous Moon rocket into its storage hangar on the state's eastern coast.

FEMA administrator Deanne Criswell emphasised the threat of a storm surge, calling it the organization's "biggest concern," much like DeSantis did.
"Please heed the advice of your local officials if they advise people to evacuate. Your choice of action could mean the difference between life and death, the speaker warned.
A number of lives were lost last week during the powerful storm Fiona, which tore through the Caribbean and some areas of eastern Canada.
A tracking website reported that 500,000 people in the US territory of Puerto Rico were still without electricity.