Delhi hospitals full of dengue patients, not getting beds 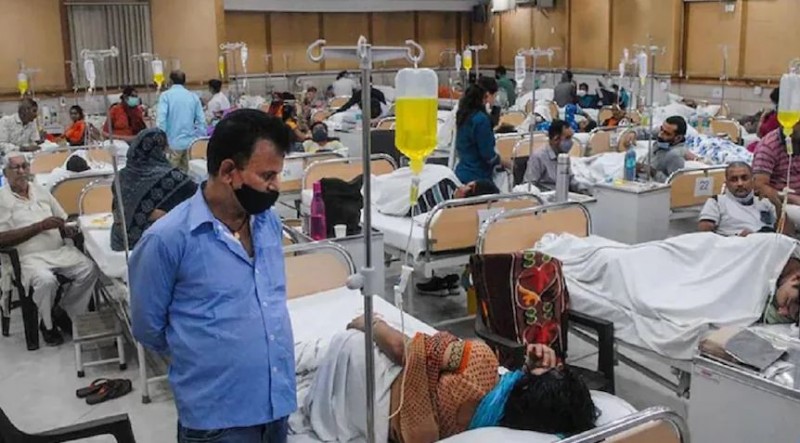 New Delhi: Hospitals in the country's capital Delhi are refilling, although this time the reason is dengue, not corona. Rising dengue cases in Delhi-NCR have become a headache for health officials of government and private hospitals. Patients are not getting beds early in hospitals. Patients and their families are forced to sit on the floor of wards at Delhi's Safdarjung Hospital. Doctors are also seen treating dengue patients on the floor. Many do not have beds, which doctors are also forced to treat with other patients. Long queues are visible at the emergency counters for admission.

The situation in many hospitals is such that there is no guarantee of getting beds. A hospital employee has told the media that only patients who are found bleeding or have platelets fall to 30,000. Out of 220 admitted patients at Swami Dayanand Hospital in Delhi, 54 were dengue patients. The hospital administration has stopped emergency surgery to accommodate them. Kailash Hospital in Noida has converted a conference hall into a temporary arrangement as the number of dengue patients in the hospital is steadily increasing.

Meenu Gupta, 65, was lucky to have a bed for urine infection surgery at Max Hospital in Saket. She explained that when I came here I didn't believe I would get a bed. At that time, last week most patients were admitted for dengue and beds were full. Since all my earlier treatment was here, and the history of my medical case was the same, I was arranged for a bed in the second ward.

'Really have to believe that God is,' said Shah Rukh's manager on Aryan getting bail