New Delhi: A case of slapping of a traffic police officer has come to light due to checking of trains in Delhi. It is alleged that the man slapped the police officer first and then chewed his fingers when he asked for the car paper. Delhi Police has registered a case in connection with Rohini's case.

According to the report received, the incident took place on Wednesday. A policeman is said to have caught a man and asked him to show the car papers. The man got entangled with the Assistant Sub Inspector (ASI) of the traffic police when he asked for the car papers. The man started arguing with ASI. According to reports, a senior police officer said that the man slapped ASI first. The man then chewed the officer's fingers.

A case under relevant sections has been registered at KN Katju Marg police station in the same case. Police have registered a case and arrested the culprit. Delhi Police has arrested Piyush Bansal from Pitampura and started questioning him.

600 killed, thousands of crores lost, is the solution to 'farmer's protest' now? 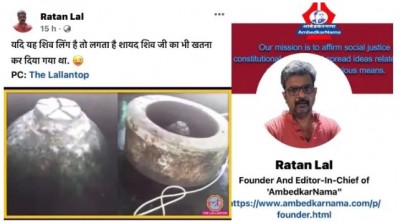