Moscow: On Saturday, voting in referendums that have been roundly criticised by the international community for four Ukrainian territories that have been invaded by Russia continued.
The hastily organised elections were being held in Zaporizhzhia and Kherson in the south, as well as in the eastern regions of Luhansk and Donetsk.
Internationally, the voting is not recognised as legitimate, and it is taking place without Ukrainian authorities' consent.
Russian state media published images of voters at polling places, and a video that has been circulating on social media purports to show armed men compelling locals to cast their ballots.

According to the Ukrainian General Staff, local residents are being directly approached at their homes by "employees of the "election commissions," accompanied by armed servicemen of the armed forces of the Russian federation."

The voting is anticipated to continue until Tuesday. It is assumed that the outcome will support annexation.
The US President Joe Biden referred to the votes as "a false pretext to try to annex parts of Ukraine by force in flagrant violation of international law." The G7 referred to the referendums as "shams." He declared that in retaliation, "additional swift and severe economic costs on Russia" would be imposed.

After President Vladimir Putin announced earlier this week that some reserve soldiers would be mobilised, protests in Russia went on as usual.
The decision to mobilise led to widespread protests in Russia. According to the civil rights website OVD-Info, more than 1,300 people have been detained, with at least 747 of those arrested at demonstrations in 32 different cities across the nation on Saturday alone.

Volodymyr Zelensky, the president of Ukraine, issued a warning that the Kremlin would recruit these "new Russians" to fight against Kiev.
Zelensky also urged Russians to abstain from fighting despite the harsh new punishments for military deserters, and he appeared to imply that Kiev would support Russians who submit to Ukrainian captivity.
We will also find a way to make sure that you don't want a prisoner exchange if you're afraid to go back, he added.

In accordance with an amendment passed by Putin on Saturday, military desertion is now punishable by up to 15 years in prison.
According to the Kremlin, Russians of compulsory military age or reservists who refuse to participate in combat operations will be sentenced to 10 years in prison. Those who voluntarily surrender to Ukrainian captivity could also face up to 10 years in prison.
Putin also ratified a law that expedites foreigners' naturalisation if they agree to serve in the military.
In Russia, rumours on social media claimed that reserve officers who were elderly or suffering from long-term illnesses as well as men without prior combat experience were being called up to fight.
Similar issues were discussed by some Russian officials as well.

If Putin used nuclear weapons in Ukraine, what might happen?

According to Valery Fadeyev, the head of the Russian president's human rights commission, conscription orders had even been given to men who had never engaged in combat.
Fadeyev urged Sergei Shoigu, Russia's minister of defence, to stop many draught boards from operating in such a harsh manner.
Aysen Nikolayev, the leader of the Sakha Republic in the Siberian region of Yakutia, acknowledged that errors had been made. "Reservists who were improperly drafted must be sent back. Work has already started, he declared.

Russia "has not stopped striking the civilian infrastructure and the homes of civilians" on the ground in Ukraine, according to a Facebook post by the Ukrainian General Staff.
For Saturday's shelling in the Ukrainian region of Zaporizhzhia, Kiev and Moscow have traded accusations.
Oleksandr Starukh, the regional governor, reported on Telegram that at least three people were hurt when Russian forces launched "a massive missile strike" on the area from about ten planes.
A granary and fertiliser warehouses in the area were reportedly shelled by Ukrainian forces, according to unnamed sources cited by the Russian state news agency RIA.

Our news track live is not able to confirm the claims of both side. 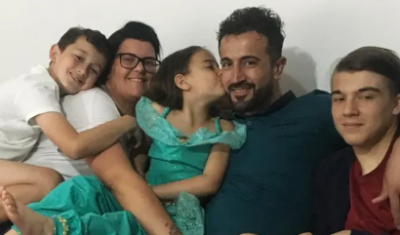