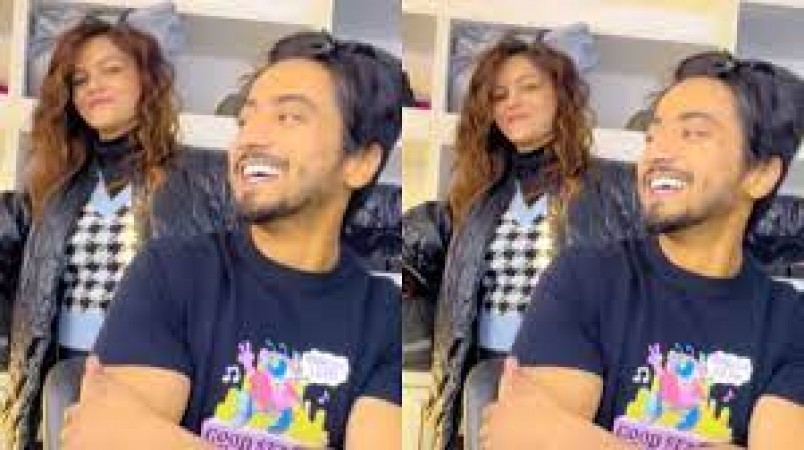 The wait for TV's popular stunt and adventure-based reality show 'Khatron Ke Khiladi 12' is now going to end. The show is scheduled to be telecast on Colors TV from July 2 at 8 pm. Meanwhile, many BTS videos (KKK12 BTS videos) from the show are going viral, which has increased the buzz of the fans. The new viral video is of 'Boss Lady' Rubina Dilaik and social media sensation Mr Faizu (Faisal Shaikh). In this video, the two are doing something that has blown the fuse of the fans' minds.

Rubina Dilaik and Faisal Sheikh's video has been shared by Rubina on her official Instagram account. In this video, both Rubina and Faisal are seen in the makeup room. While Faizu is seen doing his make-up, Rubina Dilaik is seen standing behind him and flaunting her curly hair.