The National Exit Test (NExT) test deadline for final-year MBBS students has been extended by the government by NMC Act provisions till September 2024.

Although there has been no official announcement that the NExT exam won't take place in 2023, the Union Health Ministry's gazette notification on September 23 invoking section 59 of the National Medical Commission (NMC) Act states that the rules for holding the exam have not yet been set and that the creation of an examination cell is in progress.

Within three years of it going into effect, the commission is required by the NMC Act to administer a common undergraduate medical examination NExT. In September 2020, the Act became effective.

As per official report, "even after over two years have passed, regulations on the matter have not yet been drafted, and the constitution of the examination cell is under progress." The Central Government "hereby orders the following order, in exercise of the powers provided by Section 59 of the National Medical Commission Act, 2019, to address the said issues," it said.

This order may be called the National Medical Commission's first removal of Difficulties,  and shall come into force on the date of its publication in the Official Gazette. According to official sources, "In sub-section (3) of section 15 of the Act, the terms 'three years' should be substituted by the words 'four years'." The exam must be held in April or May since NExT is expected to replace NEET-PG, which is conducted annually in April or May, according to official sources.

According to officials, conducting an exam includes preparations such as working out the logistics and selecting the curriculum, kind, and format of the exam, (such as whether it will be an analytical test or a multiple-choice test) and the number of tests and necessary regulations.

They added that mock exams must be done and it must be decided which organisation will administer the exam, and that students must be given enough time to prepare for the new exam. The NExt exam is significant because it will be the same for all MBBS students, whether they received their training in India or abroad. This will address the issue of foreign medical graduates (FMGs), officials said.

Govt big announcement, every girl will get Rs 50k after passing graduation 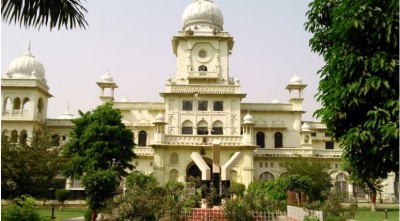