New Delhi: The T20 World Cup 2021 is scheduled to be played between India and Pakistan on October 24. Former Pakistan pacer Shoaib Akhtar complained about the Pakistani players not getting a chance to play and make money in IPL, after which India's legendary spinner Harbhajan Singh slams him. He bluntly told Akhtar, 'We Can't tolerate the insult of country and tricolour.'

Actually, both the legendary cricketers had come face to face in an Aajtak program regarding the T20 World Cup-2021, during which there was a lot of laughter. But the talk started after a slot of about 23 minutes in the 36 minutes 21-second video, where Shoaib raised the issue of Pakistani players not getting a chance in the IPL. Akhtar said, 'When IPL started, it was time to make money, what is your problem, why shouldn't Pakistanis earn money, the whole world is earning. I told Brett Lee that we were lucky enough, you earn.'

Harbhajan, popularly known as 'Turbanator,' replied, 'We have no problem. Nobody has any problem. Everyone loves you. But the problem is when a player speaks wrongly against India, insults our national flag. So, we all have a problem. The love that we have is angry with our people when an absurd man gets up and stains India like this and says that Kashmir is ours, or it is ours, brother, let them handle those whose issue is there. We don't go into it. Our stature is not that big, that we get into those issues. We are cricketers, we should remain cricketers.'

Shoaib was also stunned to see Harbhajan's tough stand on the India issue and asked what was happening. The anchor pointed to Shahid Afridi, after which Akhtar said he could not respond on Afridi's behalf, but he had no hatred for anyone. Akhtar further said, 'I don't hate Hindus, I don't mean any caste or religion.' 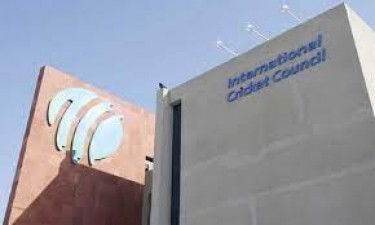