How do Kerala students get 100% marks in every subject? Questions professor Rakesh Pandey Kochi: The ongoing admission process of Delhi University (DU) is witnessing the dominance of students of Kerala Board of Higher Secondary Education. Delhi University Professor Rakesh Kumar Pandey has raised questions about this and termed it as 'Marks Jihad'. Professor of Physics at Kirodimal College Rakesh Pandey said that for the last few years, the DU of students of Kerala has been infiltrated as part of a Left-Jihadist conspiracy. He has claimed that the Kerala board gives 100 percent marks to its students, making it easier to enroll in DU. In a Facebook post on October 5, Rakesh Pandey had said, "A college has to admit 26 students in a 20-seater course only because they all got 100 percent marks from the Kerala Board. The Kerala Board has been implementing #Marksjihad for the last few years. ' 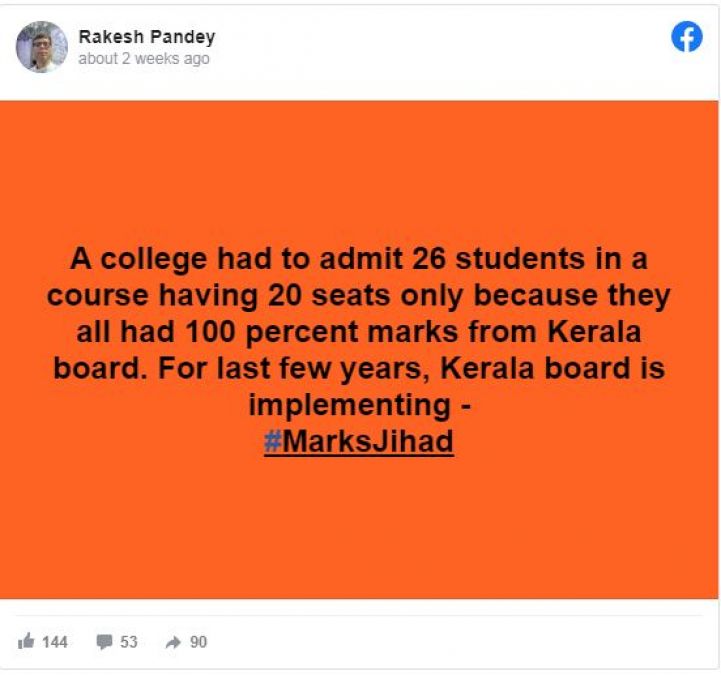 However, Professor Rakesh Pandey's question also seems to be justified, as every student who comes to DU from Kerala, who has 100 percent marks in every subject, does not easily go down well with everyone. As far as talent is concerned, there are many students in the country who have performed wonderfully in examinations. But bringing in a full 100 marks out of 100 in every subject like history, mathematics, geography, biology, etc., and that too not of one student, but of every student from Kerala who burns forms for admission to DU, it is definitely a matter of investigation. Delhi University Professor Rakesh Pandey, who had been looking into the mess since 2016, was rejected by the university administration and the chief minister, now that he has raised the issue on social media, there was a stir and now the investigation is taking place. Many Left and Congress student organizations, teachers and leaders like Shashi Tharoor have objected to his statement and demanded strict action like dismissal against him. However, none of them said that the matter should be investigated. 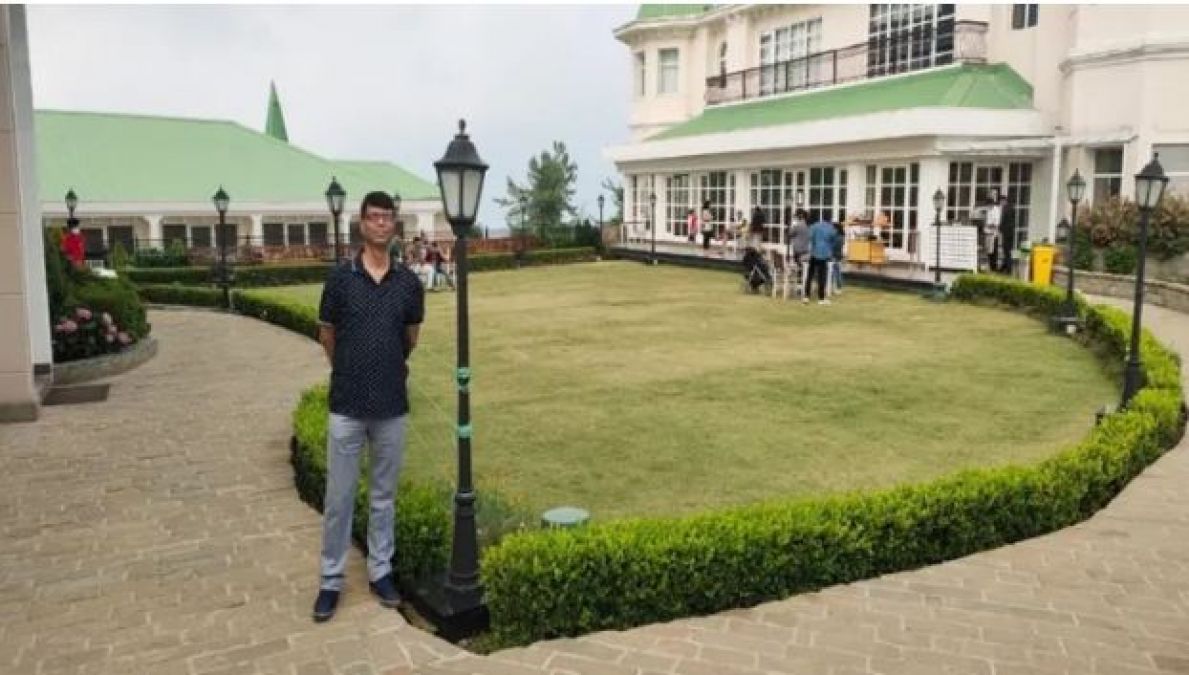 Former National Democratic Teachers' Front President Rakesh Pandey warned that it will become like Jawaharlal Nehru University (JNU), the country's premier university, in the coming days. They have already captured the JNU and now they will take over the DU also. Pandey wrote in his Facebook post, "The Left is known for rigging the admission process to fully pack a university with its volunteers. He has successfully done so for decades in JNU. He emphasized that the spread of such organized missionary jihadist and left-wing agendas would destroy DU. The professor said that he has been monitoring the trend for the last three years and it has been observed that the dominance of Kerala students in DU is continuously increasing and the number of students getting 100 percent from the Kerala board is increasing. He said that if a board wants to dominate the admission process, it can easily do so by giving 100 percent marks. 'I think there's a big motive behind it,' says the professor. There are some people who want to send their volunteers to DU. He said his gesture is only towards unfair paper evaluation and marks jihad is referred to.

He said that just as love for the purpose of spreading religion is 'love jihad', the points given to spread left-wing ideology are 'Marx Jihad'. The professor said the conspiracy behind the unspeakable increase in student marks and the unprecedented increase in the number of applications from the Kerala Board is ideological and not motivated by any religion. He said the Left is harmful and a big threat to the country. Kerala's 'Ricebag' students will inject poisonous ideology and jihad on the campus of DU. In fact, Professor DU is concerned about repeated strikes and fears of campus violence due to the left's arrival. He is wondering why Kerala students are coming to the DU even after 100 percent literate state and education that surpasses Harvard. Another report also raises doubts that out of 28 States and 8 Union Territories, if Kerala alone occupies 95 percent of the seats in admission, it means that the State either has the best education system or some State Education Board is manipulating something. After all this, the question arises as to why the students of Kerala are coming to Delhi university 2000 kms away if the standard of education is so high. The DU professor fears that a conspiracy is being hatched to make DU a left-wing base like JNU, where strikes take place day in and day out, slogans are raised to tear India apart and the death anniversary of terrorist Afzal Guru is celebrated.