Ajooni, a new television show that is thrilling viewers with its interesting content, is instantly becoming everyone's favorite source of entertainment. The enchanting show "Ajooni" has viewers hooked up to their seats and is certain to spark interest.

In the on-going track, the audience will see a new journey of Rajveer essayed by Shoaib Ibrahim and Ajooni essayed by Ayushi Khurrana as they both will be glued by destiny in a marriage which will bring new aspects of their life. The auspicious marriage will definitely tie the audience to the roles as it brings forward a twisted narrative of a one-sided love saga. The marriage that has an uncertain motive will bring the two polar opposite personalities of Rajveer and Ajooni together and it will be fun to see how this relationship turns itself.

In reference to the latest song, Shoaib shares his personal viewpoint on marriage: "Rajveer's intense love for Ajooni draws them toward marriage, but my personal idea of marriage is very different. Marriage, in my opinion, is a two-way thing. It is a very sacred ceremony that joints two people's love and trust for one another. They place a great deal of value on this relationship, and you cannot force anyone into something so sacred. But the love story between Ajooni and Rajveer adds a twist and makes the viewers curious about what will happen next. To sum up, I'd just like to say to stay tuned to see where these two characters' fates lead them.

Rajveer and Ajooni’s marriage is a union of two people but what make it different is their extremely unlike personalities. It is gripping to see where this unique story goes and the viewers await the accomplishment of this marriage to witness the new phase of their lives. Omung Kumar : "The idea of using a circus theme was my wife's" 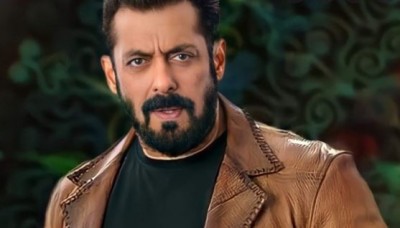