New Delhi: India is celebrating the 75th anniversary of its independence today. We all know that today is the day when India got independence from English rule. PM Modi is addressing the nation from the Red Fort for the eighth time in a row today. This morning, Prime Minister Narendra Modi has reached the Red Fort complex to unfurl the tricolor and now his address has also begun. First of all, Prime Minister said, ''Today the country is remembering all the freedom fighters who fought for freedom. India fought for freedom for centuries. Whether it is Nehruji, the first Prime Minister of India, Sardar Patel who transformed the country into a united nation, or Babasaheb Ambedkar, who showed India the way to the future, the country is remembering every such personality, the country is indebted to all of them."

He further said, "There comes a time in every country's development journey when that country redefines itself, moves forward with new resolutions. Today is also the time for India's development journey. In the Corona global epidemic, our doctors, our nurses, our paramedical staff, sweepers, scientists engaged in vaccine making, citizens engaged in service, are all officers of salutations.'' At the same time, PM Modi said, 'Starting from here, the journey of the next 25 years when we celebrate the centenary of independence is the elixir period of the creation of a New India. The attainment of our resolutions in this nectar period will take us to 100 years of independence, proudly. We are all engaged with the faith of sabka saath sabka vikas-sabka vishwas. Today, I am calling upon the Red Fort- Sabka Saath Sabka Vikas- Sabka Vishwas and Sabka Prayas are very important for achieving every goal of ours.'

Further, PM Modi said, "100 percent villages should have roads, 100 percent households should have bank accounts, 100 percent beneficiaries should have Ayushman Bharat card, 100 percent eligible persons should have Ujjwala scheme gas connection. Whether it is our eastern India, northeast, Jammu and Kashmir, Ladakh and the entire Himalayan region, our coastal belt, or tribal region, they will be a major basis for India's development in the future. Today, a new history of connectivity is being written in the North-East. This connectivity belongs to the hearts as well as to the infrastructure. Soon the work of connecting the capitals of all the north-eastern states with rail service is going to be completed.''

At the same time, he said, 'We have also awakened the aspirations of the districts of the country for which they were believed to have lagged behind.'

Good Sign! Not a single active corona patient in 15 districts of UP 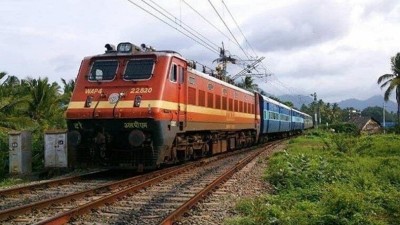 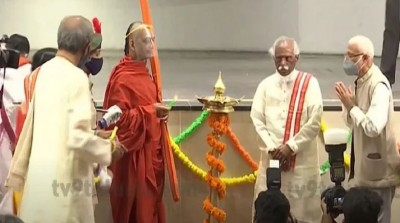