Islamabad: The district administrations of Rawalpindi and Islamabad blocked the Faizabad intersection on Tuesday midnight while the law enforcement agencies began sealing areas and roads with containers to prevent the banned Tehreek-i-Labbaik Pakistan's (TLP) protesters, as per reports.

The TLP leader was detained on Friday. However, he was released later when the government held a dialogue with the leaders of the banned party. On the other hand, the police started conducting raids at the residence of the chief of Rawalpindi chapter of the TLP to arrest him again, but he could not be arrested.

Out of the TLP activists detained by law enforcement agencies from Rawalpindi and Islamabad since Thursday, only five were released from Adiala jail on Monday, the report said. Police deployment was to be carried out in the garrison city before dawn and the roads blocked with containers and barbed wire to prevent any protest.

The TLP said its activists would march on Islamabad after Interior Minister Sheikh Rashid announced that the government would not meet the TLP's demand for the expulsion of the French ambassador from the country. The Punjab government in Pakistan has ordered the district police officers of Toba Tek Singh, Mianwali, Khushab, and Bahawalpur to report to Rawalpindi Regional Police Officer Imran Ahmar, along with additional personnel, to assist the Rawalpindi range police in dealing with the changing law and order situation. 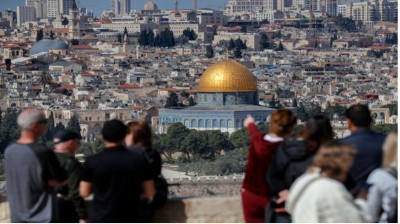