Jerusalem: Israel is now in action on the ground after the Palestinian terror group Hamas rejected its demand for a ceasefire. While Israel has reportedly been hitting back at Gaza by just air strikes so far, the Israeli Army has now taken the lead in ground operations. 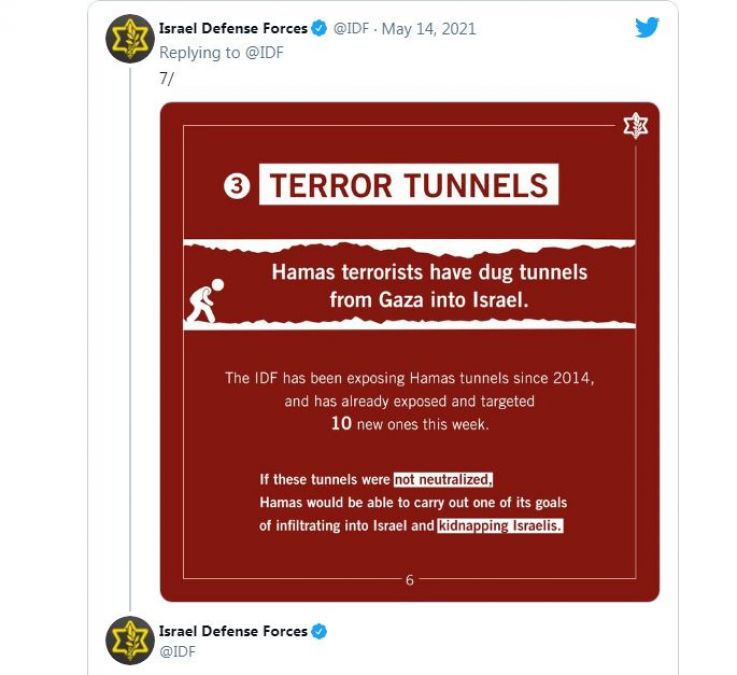 An armed contingent with 2 army troops has reportedly been deployed near the Gaza border. At the same time, at least 7000 reserve troops have also been called. People living around the border have been instructed to go to the bunker as Hamas may retaliate. IDF in his tweet spoke about the action taken on Gaza so far. It has also said that if the death toll in Israel is low, it does not mean that gaza is not carrying out attacks. Rather, it means that IDF is protecting its people.

1/
Here?s everything you need to know about what?s happening: pic.twitter.com/VMeSqms4lf

According to IDF, 1750 rockets have been launched so far from Gaza to Israel. Seven Israeli civilians have lost their lives and 523 have been injured. Hamas and Islamic jihadists targeted schools, hospitals, buses and all homes. Instead, IDF destroyed his building from where he ran the terrorist office.